The hard truth about startups in Australia 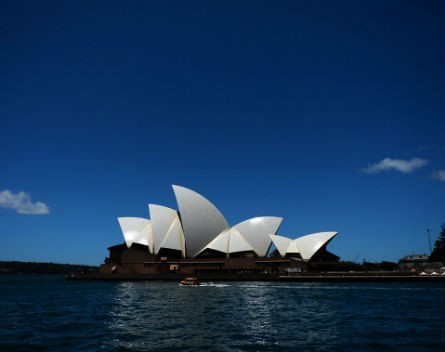 Startups are a bit of a thing in Australia right now. You probably know or have heard of someone who has recently become involved with a startup – or may even be that person, yourself.

It is no big surprise, considering the steady decline of jobs from traditional “big business” employers who are failing left, right and centre – and either packing up and shifting their operations overseas or shutting up shop entirely.

There has also been a more cultural shift away from traditional 9-5 type work for the past two decades, which has not only seen many people jump from one employer to the next every couple of years but also expanded the concept of work hours to basically 24/7, as well as the work week from around 38 hours to anywhere between 20 and 70 for many.

This trend has not gone unnoticed.

Many institutions and government bodies have taken note of this shift and have recently begun to say kind words and make token gestures about the burgeoning “startup community” of late. Banks, in particular, have begun to make moves to at least look like they are embracing startups but there are many other examples – mostly from those traditional “big business” employers, like Telstra and Optus.

There are brand new buzzwords like “pivot” and “unique value proposition” and even dopey catch-phrases like “fail fast” and “celebrate your successes”. My favourite is “vanity metric” – this is when you are measuring something completely inconsequential which makes you look good – for example, pointing to thousands or even millions of people downloading your app which is free and doesn’t make any money but actually cost a fortune to develop.

Now creating a “startup” may sound pretty glamorous. We’re all familiar with the mythology going all the way back to the 1970s of companies that were founded in someone’s garage which are now major global players and we’d all like to think we could be that guy who creates “the next Facebook”. You know you’ve become a part of the national conversation when 60 Minutes has a segment on creating that million dollar iPhone app.

There’s no money in it

Unfortunately, the reality is not quite so gilded in sunshine and roses. Typically the “founder” of a startup leans toward the 70 hour end of that work week – usually unpaid. Often underappreciated. It can lead to depression – especially for sole founders – and of course it can drain away all your funds.

More often than not those funds are your own precious savings, because the somewhat less obvious but more important fact here is that there is little to no investment for startups in Australia. Worse still, this is exacerbated by successive governments who like to say all the right things about supporting small business and startups, remember, but actually do little more than get in the way with a tax system which borders on punitive.

Steve Sammartino has some useful advice for anyone who is interested in making the transition from employee to entrepreneur and notes the most important thing to keep in mind about your startup: IT IS PROBABLY NOT GOING TO BE A PATH TO RICHES. If you just want to get rich, stay in your job and get good at investing in property because that is a far more certain way to achieve the outcome you are looking for.

The hard truth is Australia is not really very well set up for this whole startup thing to actually work, for a number of reasons.

The single most important of those reasons is the one I’ve mentioned above: there’s no money in it. So-called “seed investment” (another buzzword) in Australia is a lot like the pot of gold at the end of the rainbow. This is the earliest investment in your business – the legendary $10,000 credit card loan that bootstraps (another buzzword) your company from idea to ASX-listed billion dollar valuation. The closest thing we have to this (foreign concept, born out of America’s Silicon Valley) is the rising number of startup accelerator (another buzzword) programs we have, backed for the most part by that Big Money mentioned above – banks, telcos, etc.

The idea is they give you what has come to be colloquially called “ramen money” – that is, just enough money to be able to get by but not what you would call an actual, proper salary – and only if you pass through their reality TV-style audition process, where you basically have to prove to them that if they do invest this small amount of coin they have found lying around in the back of a couch, they aren’t just throwing that money away.

They are basically a work-for-the-dole program.

It is a very lazy way for someone who has gone down path B (stay in your job, learn property investment) to get themselves a nice, easy seat on the board of some shiny new company that could potentially become a great business – for very little money down and even less risk. As an investor I spoke to recently put it, it is a completely upside-down model – turning investors into the prize, with far too much emphasis on pitching, rather than the way it should be: the prize being a share in your business, with more of a focus on who is making that investment out of a pool of literally trillions that are actually available, just from super funds alone.

We all know Australians are very risk-averse (ignoring the billions in annual revenues from gambling, the subtle blurring of the lines between sports and betting and a particular horse race in November which is actually a public holiday in Victoria) and perhaps it is not surprising that what we have in this country is literally thousands of startups desperately circling like vultures over a handful of VCs (another buzzword) who prefer to sit back and let the business plans fall into their laps like manna from heaven, cherry picking only the best bets to be the recipients of their walking around money.

What is a little less obvious is WHY things have become like this. Is it really as simple as just being so much easier to let business opportunities come to you – or fail – rather than try to find them yourself? Are we really so blind to opportunity we will not even be interested in talking to you unless you’ve already built up enough “traction” (another buzzword) to prove your business actually makes a profit – at which point you wouldn’t actually need our money any more so what is the point in even bothering to ask us, now?

Surely every one of those prize winners has thought “where were you last year, when I was spending all my time building the product instead of working in a ‘real job’ and spending all my own hard-earned cash bringing it to market and living on ramen noodles with whatever was left over?” – as they contemplate another year of the same, this time in search of the Series A funding their new shareholders will be demanding.

They want you to fail

A recent article about “mutual obligation” mentioned the often uncomfortable fact that multinationals “assert their right to government assistance, both direct and indirect, avail themselves of legal systems, infrastructure, political influence and the many other benefits of civil society” – which they are usually forgiven for (even while actively avoiding their obligation to pay taxes) because they are regarded as “job creators” in a society where that idea of the 9 to 5 “real job” is deeply entrenched. That idea comes from the Industrial Revolution and was in part popularised by Ford – a company which is closing its factories in Australia – which ironically found that it doubled the profits from its factories.

When Ireland offered sweet tax breaks to companies like Apple, it was in exchange for jobs. Despite all the rhetoric about support for startups and gestures like co-working spaces and free seminars on how it works in Silicon Valley and what all the various buzzwords mean (and of course those accelerator programs) it seems like what Australia really wants is to go back to that Industrial Era way of doing business. It is almost like they want you to fail – and then get a real job.

We recently had someone interested in working for us who liked the product, had a relevant background, was excited about the space we are operating in – and was also looking for other work. While we were able to offer a pretty sweet deal in terms of employee equity options, there was little in terms of cold hard cash on the table and even with the extremely part time approach he had adopted, it was never going to work. We still have some ways to go if we want our startups to fulfil that “job creators” promise we (I will admit even I) find so attractive.

If you define a “small business” as one with less than 20 employees, then that represents 99.98% of all businesses in Australia. Change your definition to less than 5 employees and you’re still looking at 98.98%. Big industrial era employers are a shrinking feature of Australia’s landscape but if you’re thinking of maybe creating your own startup in this landscape, there are a few hard truths you are going to need to be aware of before you begin.

Michael Mehmet is founder and managing director at eLEDGER and his opinions are usually the result of having a bad day. This article was originally published on the eLEDGER blog.