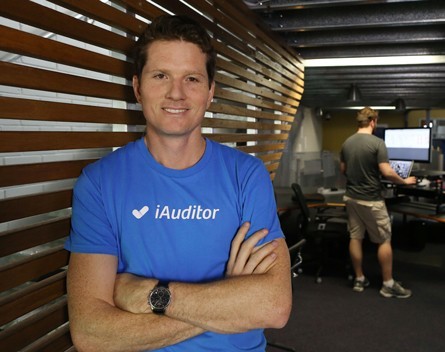 In 1952 one man created history when he claimed the world’s largest iron ore deposit in Western Australia, driving a stake into the ground to secure what was worth up to $20 billion.

It took the next 50 years to realise the value of those deposits, for China’s booming cities to create the demand that drove iron ore prices to a record high of $180 a tonne.

Lang Hancock’s family became the wealthiest in Australia for a time, but by 2012 China’s growth slowed, the shine started to come off the price of iron ore and miners scaled back production. Towns that had created overnight property millionaires in regional Australia were fast becoming towns of tumbleweeds.

Today, there is a new currency in town and it isn’t minerals, it’s tech.

We are seeing the technology revolution transforming industries across the globe. From people transport to farming, nothing is spared from the efficiency gains that new tech promises to deliver.

But this boom won’t take 50 years to realise.

It is coming much faster and today’s value isn’t buried in the ground, it is in the young minds of our university students and tech companies across Australia, and right now we don’t have enough of them.

Meet the new breed of business leaders in town, where boot steel caps have been swapped for skateboards.

Atlassian started in 2002 and has now put Australia firmly on the technology map with a workforce of over 1200 people and a market capitalisation of$US5.6 billion. To the tech community working in Sydney over the past 10 years, the rise of Atlassian has been far from sudden.

Before venture capital existed in Australian tech, Atlassian had to develop the type of discipline required to make a company sustainable in its infancy.

It has been said that companies outside of the VC-funded San Francisco area have to be more disciplined businesses, they need to adopt a ‘measure twice and cut once’ type of approach.

These companies didn’t have millions to spray at a problem hoping that some of it stuck. They were disciplined in developing a product-market fit and business model that was sustainable.

There is an opportunity for Australia to play a significant role in the tech industry, but we need to move quickly.

Companies like Campaign Monitor, Canva and SafetyCulture have small teams working extremely hard on solving complex challenges as we scale our businesses. There is a shortage of skilled technology workers in Australia – we can’t get enough people who have experience in hyper-growth tech companies with skills in computer science, data science, user experience and mobile first marketing strategies.

We need to cultivate the tech talent base within Australia, through university curriculum and business experience, but we also need to import it from overseas.

There are 23,000 Australians working in Silicon Valley today. They are there because the world’s best tech companies were clustered around that area until recently, but more frequently we are now seeing the rise of world leading companies emerging from previously unknown regions.

Governments across the world need to innovate the way forward and formulate policies to spur on development of the new tech economy.

I receive sometimes two calls a month from people in Ireland asking me if I need help to set up a team in Dublin. They are pushing the low tax and tech friendly benefits that Ireland has become famous for in recent years.

Tax breaks are no longer an innovation for governments trying to attract tech, they are now a minimal viable product and we need to do even more than the cities that have been leading the way.

We are now competing on a global stage to attract the smartest and brightest tech companies who can leverage our proximity to Asia and our low Australian dollar to build new products and share them with the world.

Zendesk opened a Melbourne office last month with up to 100 staff to be based there. Slack is rumoured to be looking for office space in Melbourne also and Xero have 320 staff in their Melbourne office. The Victorian government has had people working in San Francisco with tech companies to bring them to Melbourne — it’s a smart move, and one that is starting to pay off.

One company with hundreds of staff brings in substantial benefits to a city and over time those staff will start transitioning out of their current companies into other tech companies, which continues to expand the tech ecosystem.

People need to think differently about how to solve the problems of today.

Innovation isn’t a choice, it’s an imperative. The cost reductions across companies and entire industries are too great for anyone to ignore, and if we don’t respond with urgency, we will be consumers of technology instead of producers.

Let’s take notice of the smoke signals and drive our technology stakes into the ground to make our claim on the world’s tech stage.

Luke Anear is the CEO of SafetyCulture.io. This piece was originally posted on Medium.