The “Netflix tax” – coming to a country near you 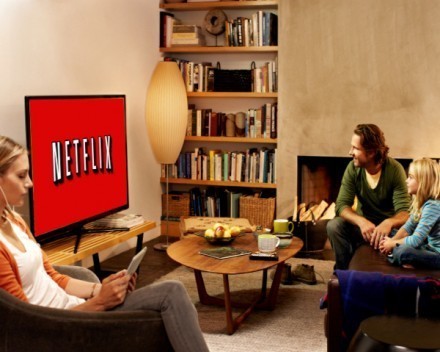 The arrival of Netflix in Australia has brought into sharp relief the GST base erosion problem caused by global digital commerce. Along with the non-taxation of low-value imported goods, the absence of GST on services and digital products imported by consumers represents an omission from the tax base that is increasingly untenable.

A Netflix tax – as the media has dubbed it – is not a radical new idea but an inevitable and necessary development. It is qualitatively different from the base-broadening involved in removing GST exemptions for food, education, health, and other social goods and is more appropriately described as base-restoration.

A bit of history goes a long way

When Australia’s GST law was being drafted, no country was effectively collecting GST/VAT on imported digital products. In 1998 – the year the introduction of a GST was announced – the OECD released its Ottawa Taxation Framework Conditions for electronic commerce. The main recommendations for consumption taxes have since been widely accepted:

Australia included the second principle in its GST from the outset. Businesses must “reverse charge” GST to themselves if they import services, but only if they would not be entitled to fully credit that GST against the tax (if any) on their own outputs.

Because our GST base is broad – and because social policy exemptions are “GST-free”, which means that the tax on inputs to the exempt goods and services can be credited – this reverse charge on imported services is primarily relevant to banks and other financial service providers.

Collecting GST from suppliers with no presence in Australia would be difficult. Asking consumers to pay GST on their own purchases was impractical and unlikely to meet with high levels of compliance. Walter Hellerstein, Francis Shackelford Distinguished Professor in Taxation Law at the University of Georgia School of Law, refers to this option as a “tax on honesty”, with obvious implications.

Fast forward to 2015 and the issue of GST/VAT on imported services and intangibles is now part of the OECD’s Base Erosion and Profit Shifting (BEPS) project. The global digital economy has expanded significantly but the tax principles applicable to GST remain the same, as does the collection problem. However, in part because of BEPS, the international tax climate has shifted and a much clearer consensus is emerging about the solution.

The OECD’s draft guidelines for imposing GST on sales of services and intangibles to consumers were released for consultation only late last year, but it was not hard to predict the core principles they would establish, and these are unlikely to change: (1) Taxing digital products at the place of consumption means that tax is due where the consumer is resident; and (2) The most effective way to collect the tax in cross-border business-to-consumer transactions is to collect it from the foreign supplier.

Treasurer Joe Hockey has been reported as describing this as taxing at the source, but in GST terms it is known as taxing at the destination. Hockey is simply referring to the fact that the GST will be collected by the supplier.

What are other countries doing?

The OECD recommendations are consistent with EU practice. Non-EU businesses have been required to collect VAT on supplies of electronic services to EU consumers since 2003. Different rules applied within the EU, but from 1 January 2015 all cross-border supplies of electronic services to EU consumers must be taxed in the Member State of residence, even when supplied from other EU countries. Similar rules apply to broadcasting and telecommunications consumed in the EU.

Other countries have also jumped the gun on the OECD guidelines. South Africa introduced rules to tax specified categories of inbound digital services from 1 July 2014. In February 2015, Japan introduced a draft law to impose the Japanese consumption tax on such services. Both Canada and New Zealand, where Netflix is also selling at GST-exclusive prices, are considering changes to their GSTs. Many countries in Africa have had versions of the EU rules in place for some time. Taxes on inbound broadcasting are widespread.

Should Australia jump on the bandwagon

Following the herd is not a good reason to change tax policy. But the fact is that we should be taxing the consumption of digital products by Australian consumers, regardless of origin. It is part of Australia’s consumption tax base and for the most part it is not one of the “social goods” that routinely give rise to exemptions from consumption taxes.

The same is true of proposals to tax low-value imported goods, which also should be taxed, at least to the extent that it is cost effective to do so. While the electorate might be resistant, it ought to be easier to shift public opinion on this than it would be to persuade voters that GST should apply to food, education, and health.

The current rules lack neutrality, with Australian suppliers at a disadvantage because they are required to pay GST when Netflix and other foreign suppliers are not. (Some press reports suggest that a new Netflix tax would result in iTunes downloads becoming subject to GST, but anyone who has an Australian iTunes account would know – if they read the Terms and Conditions – that these are already subject to GST. This is because Apple supplies to Australians through a local subsidiary. Netflix could have chosen to do this but did not.)

If imported digital content is not taxed, Australian companies might be tempted to shift overseas, offshoring jobs and profits, as well as further reducing the GST revenue.

It is not to the point to argue that Australian businesses could be more efficient or charge lower prices. The GST is, after all, only 10%, and if Australian prices are unnecessarily high, adding tax to inbound products is not going to overcome that problem. The Netflix tax will not make Australian products more competitive; nor will it remove the threat that on-demand streaming poses to traditional broadcasting services. But it will create a level playing field so far as GST is concerned.

What kind of Netflix tax should Australia adopt?

The question is not whether we should have a Netflix tax – with or without its sister, the Amazon tax on imported goods – but what form it should take. A Netflix tax should level the playing-field without stifling innovation or destroying businesses.

A number of technical questions will need to be resolved through public consultation. Should GST be extended to all imported services not currently subject to GST, or only to a narrower subset of services that more closely follows current international trends? Should it apply to sales to both businesses and consumers, as the new South African rules do, or only to consumer sales, which is again more consistent with international practice?

Should we follow the OECD suggestion and EU practice by introducing a new, “simplified” system, under which foreign digital commerce suppliers report and pay the GST they’ve collected but make separate annual claims for the refund of any input tax they incur?

One thing is certain: there should be a threshold. There is nothing to be gained from – as the EU has done – imposing GST on micro-businesses supplying, for example, 2 or 3 knitting patterns a year to customers in Australia. As with low-value imported goods, the benefits must outweigh the costs.