The right music can help you get ahead in business: Research 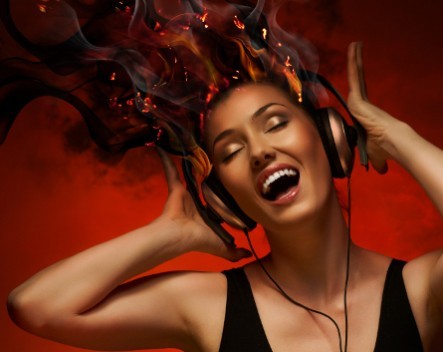 The key to being more successful in business could be the music you listen to, according to research published last week.

The study, The Music of Power: Perceptual and Behavioral Consequences of Powerful Music, published by the Society for Personality and Social Psychology, has isolated the bass as the key factor in making you feel more powerful.

The researchers found heavy metal and hip-hop music have been linked to increased dominance and aggression, factors associated with power.

Neuroimaging research also indicates certain classical music is linked to left frontal activity, a marker that correlates highly with approach tendencies and the experience of power.

The study identified 50 Cent’s In Da Club, Queen’s We Will Rock You and 2 Unlimited’s Get Ready For This as “high power” songs.

“Low power” songs included Fat Boy Slim’s Because We Can, Baha Men’s Who Let the Dogs Out and Notorious B.I.G’s Big Poppa.

“Not only did we confirm that certain music makes people feel more powerful than other music, we established the capability of music to activate the concept of power implicitly and promote power-related cognition and behaviour,” the researchers found.

“Entrepreneurs are already doing a lot of listening to music and listening to podcasts, so I wonder if this has been happening all along anyway,” she says.

Ash says helpfully everyone has the technology on them to listen to music at all times thanks to the popularity of smartphones.

“This would take you from being on track to performing to a better level,” she says.