The rise and fall of Macca’s chief; tech disrupts counselling; and high-tech prisons: Best of the Web 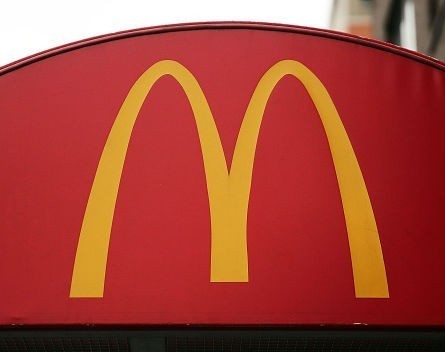 Don Thompson went from a designer of food delivery systems to one of the most powerful executives in the world as chief executive officer of McDonald’s.

Ben Austen at Chicago magazine examines his remarkable rise, subsequent two-and-a-half years at the top, and his fall:

“…For Papa Bear, as Thompson called himself, was loved by all. He had worked at McDonald’s for 24 years, nearly half his life. He was the burger giant’s first black CEO—among America’s black corporate chiefs, only American Express’s Ken Chenault runs a larger enterprise—“the icing on the cake” of McDonald’s four-decade embrace of diversity, says Patricia Harris, the chief diversity officer there. Thompson’s ascension to the top job had carried special meaning for the company’s sizable black work force.

“…Thompson knew better than anyone that falling sales were a disaster. “The culture of McDonald’s is so sales driven; sales are top of mind in every meeting,” says former exec Donahue, who worked with Thompson. “You’re in panic mode when daily sales dip, let alone a few months’ sales. McDonald’s is a company that was used to never having a losing quarter.”

Technology is disrupting every industry, and counselling and support services is no exception. The New Yorker’s Alice Gregory looks at how counselling services aimed at teenagers learnt to deal with a demographic where text messaging is the default method of communication.

“Depression is common among teens, and its consequences are volatile: suicide is the third leading cause of death for Americans between the ages of ten and twenty-four. In that same age group, the use of text messaging is near-universal. The average adolescent sends almost two thousand text messages a month. They contact their friends more by text than by phone or e-mail or instant-message or even face-to-face conversations.

For teens, texting isn’t a novel form of communication; it’s the default.”

Teens aren’t the only ones to have embraced technology. Fusion’s Kevin Roose and Pendarvis Harshaw uncover how mobile phones have joined drugs and weapons as the contraband of choice in America’s prisons.

Under the surface, though, America’s correctional institutions are buzzing with illicit tech activity. Some inmates use contraband cell phones to send selfies and texts to loved ones. Others use Facebook and Twitter to complain about their living conditions, and organize collective actions with inmates at other prisons. Inmates’ desire for access to the bounty of the Internet – and correctional officers’ desire to keep those tools away from them – has created new tensions on both sides.