The shared secret to Campaign Monitor and Atlassian’s success 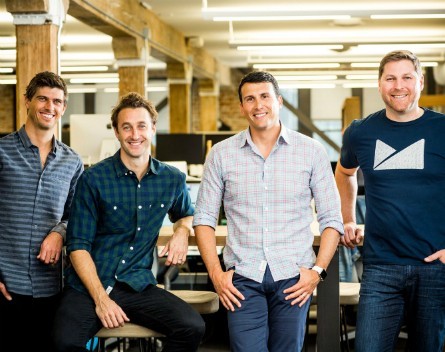 According to Campaign Monitor CMO Kraig Swensrud, his startup and Atlassian both laid the groundwork for a sustainable, future-orientated business and focused on profits rather than turning to investment rounds to become overnight successes.

The two startups have emerged as the great white hopes of the Australian startup community, with Campaign Monitor closing a $250 million investment round last year and Atlassian set for the largest public offering by an Australian tech company.

“The way we run the two companies is very similar – there’s really a focus on profitability and running a company in a really smart way, and on growing slowly,” Swensrud tells StartupSmart.

“That’s very different from the way a lot of companies are founded and grown in Silicon Valley.

“Campaign Monitor and Atlassian both founded companies with the goal of creating long-term sustainable businesses, and that’s not always true of entrepreneurs when they start a tech company.”

The Sydney-based startup has been profitable for every year of its existence since 2004, while Atlassian recently announced it has also been in the black for the last decade.

This is no mean feat in the startup world, and is in contrast to the current concerns with overpriced tech companies.

“It’s great to have overnight unicorns like Uber and Dropbox, but it’s also incredible to see these long-term sustainable businesses built around the world, and Atlassian and Campaign Monitor are the best Australian examples,” Swensrud says.

“These companies are serving a real need and they’re built to grow – they’re actual businesses.”

He says that with the new Turnbull government’s increased focus on startups and innovation, and the attention Atlassian’s upcoming listing has brought, the world’s eyes are now on the Australian ecosystem.

“With us, Atlassian, Xero and Bicommerce, more than ever there’s attention in Silicon Valley on the great tech companies that are founded and growing in Australia,” Swensrud says.

“The community as a whole is learning from one another and everyone is cheering for success.”

On the back of the huge VC investment last year, Campaign Monitor has doubled in size this year and expanded to a huge new office in Sydney. The startup now has well over 100 employees, a number that will increase to at least 200 by the end of this financial year.

“It’s been the most exciting year in the company’s history,” Swensrud says.

Campaign Monitor is also looking to provide more targeted email software for its diverse client base, and has just launched the first of these features – Campaign Monitor for Retail.

The service will include pre-packaged email templates retail-specific automation and product integrations to the world’s leading ecommerce systems.

Swensrud says it’s all about improving Campaign Monitor’s offering without over-complicating the service.

“We want to deliver increased sophistication and help get more return on marketing investment, without that level of complication. We believe in keeping things simple.

“That’s what we stand for.”

The startup will also be introducing surveys to its email marketing offering after it acquired online survey company GetFeedback last year. Swensrud says this is the “number one most requested feature” from the customers.

“We want to take the company to the next level,” he says.

“We want to expand our product and geographical presence – we want to meet our customers where they are.”

“2016 is going to be a spectacular year for Campaign Monitor.”