The six lessons I learned from launching a startup at 18: “Shut up and do it already” 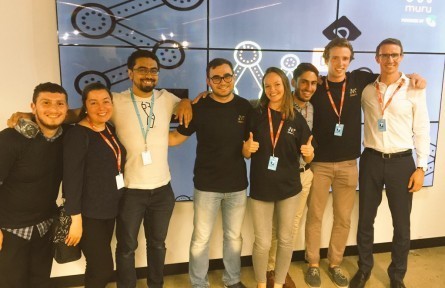 Last year was an incredibly weird year for me.

Most teenagers don’t go from being a first-year university student to CEO of an award-winning and funded startup in only a matter of months – but I’m often overwhelmed by symptoms more akin to imposter syndrome than ‘success’.

These are the lessons I’ve learned from launching a startup at 18, in the hope that others can take something away from them.

1. Shut up and do it already

Throughout 2015 I met startup founders that left behind impressive careers and cushy corporate salaries to pursue their own companies – some even moved halfway across the world to make it happen.

I also spent three months building my startup alongside a group of amazingly talented, insightful founders that comprised mostly of twenty-somethings.

You’re never too young or too old to start chasing whatever ideas, passions, or dreams you might have. Don’t feel like you need a university degree or six figures in your bank account before you can make something happen.

As it turned out, 2015 was a year of founder disputes, difficult customers and having to juggle university studies with running a startup. In successfully navigating these problems, I’ve learned that there’s more danger in unnecessarily delaying dealing with obstacles to your success, than the obstacles themselves.

Make hard decisions on obstacles to your success, and make them quickly.

Although these kinds of decisions are never easy to make, and often require a great deal of consideration beforehand, it’s always better to make them sooner rather than later.

3. It’s okay to not know things

I didn’t know much (i.e. anything) about the business world when I launched my startup. But that’s OK, because no-one expects you to have all the answers.

It’s OK to have gaps in your knowledge, so long as you’re honest about them.

If you have no experience in building global companies, don’t tell people your ‘bulletproof’ strategy for world domination. When a stranger asks you for directions in a new city or country, don’t pretend you’ve lived there your entire life and lead them the wrong way. It’s always better to be honest, and in most circumstances you won’t be judged for not knowing.

But just because you’re honest in not knowing something doesn’t mean you’re excused from ever knowing. Fill the gaps in your knowledge when they begin to emerge. Read books, listen to podcasts, watch videos, talk to people, and get down and dirty.

Do whatever it takes to be a better, more enlightened person.

4. Nothing is final until the ink dries

Paying customers aren’t customers until the money hits your account. Legal matters aren’t closed until all parties sign on the dotted line.

Don’t celebrate a victory until you are 100% certain that you’ve achieved it. Otherwise, you run the risk of looking unprofessional when everything falls through at the eleventh hour.

5. Networking is for everyone

There’s an excellent book by Porter Gale that I recommend reading on the value and power of your professional network. Although you might dislike the mundaneness of small talk with new people, or the feelings of guilt when reaching out to your network for a favour, networking is a fact of life and a necessity.

Before this year, I did not have a LinkedIn profile – why would a high school student need one?

Now, I have a strong network of mentors, advisors, and friends — each relationship individually developed, nurtured, and reciprocated. Grow the right network, and you’ll find that people will naturally want to engage with and help you, and vice versa.

6. Schedule time for yourself

Instead of answering emails and writing code every morning on the train, I schedule that time for my daily reading, and I make an effort to block out at least 30 minutes a night on my calendar for catching up on my favourite TV shows.

No matter what occupation or field you’re in, it’s easy to go days on end without thinking of your own wellbeing. But if you pre-determine when you’re going to step back and take a break, there’s a greater chance you’ll actually follow through with it.

Whatever works in reducing stress and drawing you away from the busyness of everyday life, put it on your calendar so you don’t forget.

Giorgio Doueihi is the co-founder and CEO of Fluid Education, a communication platform for students, parents and teachers. This piece was originally published on Medium.