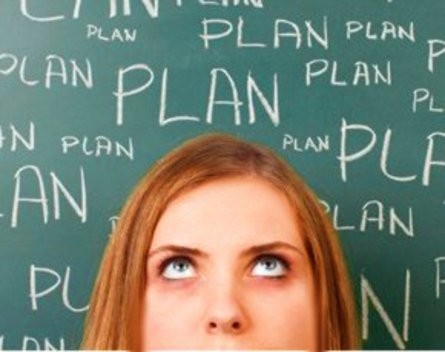 Many start-ups struggle to execute their best insights and big decisions in a timely manner because they’re too nervous or not sure enough of their instincts, according to the executive team of Canberra-based accelerator program Lighthouse Business Innovation Centre.

Commercialisation manager Candice Edye told StartupSmart one of the biggest issues they see founders battling is gathering the confidence to make necessary changes.

“Sometimes you feel everything needs to be absolutely perfect before you execute on the idea so you miss opportunities and the potential to get feedback from your market early on,” says Edye, adding entrepreneurs have to overcome this learning curve as early as possible.

Edye says the first step is identifying if your reluctance comes from a natural instinct for caution, or a flaw in the idea or overall business model you sense but haven’t identified yet.

“Identifying if the caution is based on fear compared to an issue in your business model is really important,” Edye says.

Anna Pino, trained psychologist and chief executive of the Lighthouse Business Innovation Centre, shared the top three reasons that hold founders back from bridging the gap between ideas and execution with StartupSmart.

Waiting until the idea is perfect

Investing thousands of hours of hard work and funds into a start-up can make entrepreneurs wary about launching any product that isn’t perfect, but this approach won’t work for long.

“Perfectionism gets in the way of collaborating with your customer to make products that the market actually wants,” Pino says. “Start-ups are about experimenting, iterations and pivots, so a fear of what people will think if your business isn’t immediately successful can paralyse you and stop you taking risks.”

She adds all of us have probably experienced a product or service launch by a major company such as Microsoft and Apple that wasn’t perfect, so start-ups shouldn’t hold themselves to impossible standards before launching their offerings.

“They both released products that have been far from perfect – in fact they release them knowing they had glitches. Customers are prepared to wait for the upgrades and fixes.”

Buying into the start-up hype and indulging in negative comparisons

Celebrating the success of other start-ups can be inspiring, but entrepreneurs need to be wary of losing touch with reality.

“One of the drawbacks with pitch competitions and start-up success stories in the media is that it fosters constant comparison with other companies. Not every start-up is going to be the next Facebook, but that doesn’t mean they won’t be a successful business,” Pino says.

Entrepreneurs can ease themselves into taking risks by setting realistic expectations and seeking expert feedback to validate these.

“Unrealistic expectations lead you down blind alleys. They waste your time as you sit and stew over the fairness of something whereas you should be focused on giving your customers a compelling reason to shop with you by solving problems that are important to them,” Pino says.

Fear of making a mistake

Pino says entrepreneurs can be especially wary of actioning big ideas when it involves taking a risk beyond their comfort zone.

“Sometimes timing is everything and hesitating can mean the difference between launching the idea and watching someone else make a success of ‘your idea’,” Pino says. “One of the reasons we don’t tackle things is we worry we might make a mistake, especially if it’s not our area of expertise. This is exacerbated if there’s been a negative experience in the past.”

She adds overcoming this issue is especially important if it is directly impacting your growth prospects.

“Start-ups who have to tackle their own marketing often feel out of their depth if it’s not something they’ve done before. When it comes to social media they can be especially nervous as they’ve seen other brands criticised online and worry that their inexperience might put their fledgling company at risk,” Pino says.