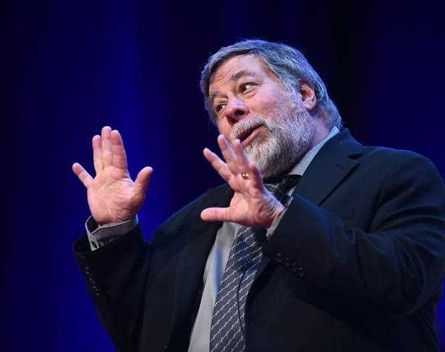 To give themselves the best shot at success, young entrepreneurs need three things in their teams, according to Apple co-founder Steve Wozniak; a desire to build a business, an engineer that can solve problems, and someone who wants to own the product they’re building.

Speaking at the Australian Venture Capital and Private Equity Association’s Alpha Conference in Melbourne yesterday, Wozniak said young founders were his “favourite people in the world” and gave some tips on how they could place themselves in the best possible position to succeed.

If you’re not an engineer, find one

“So the person who says I’ve gone to business school, I know how to write business plans, helps with ideas for products that other people want. Well (they) should work on it with an engineer, because engineers have been taught to solve problems, be clever, and come up with ideas that other people wouldn’t necessarily think of.”

Build a team that wants to use your product

“If you’re in entrepreneurship mode, please have somebody that wants to create products for other people,” Wozniak says.

“Have engineers that can design it, and have somebody who wants to be an owner themselves.

“Look at the greatest products that came out of Apple and they were built by Steve Jobs for himself – that’s what stopped the iPhone from being overblown and full of functionality.

“Look at Tesla – that is really designed for Elon Musk.”

“When we started (Apple) we were lucky to have an incredible starting project, which a lot of companies do,” he says.

“Steve and I were very young, we had no money, no savings account, we had no business experience. We hadn’t taken any business classes in a university. We were just kind of going by what we felt right but we had an investor.

“And that’s what’s really important too because we knew we had a product that eventually would sell over1000 a month and we had to be able to build 1000 a month.

“Our investors joined us and told us, here is how you set up a tech company, here are the positions you hire. He knew how to run a company.

“And he said marketing is important, he would run marketing, and he educated, he mentored and tutored Steve Jobs in a lot of the marketing principles that Steve Jobs became so well acknowledged for.”