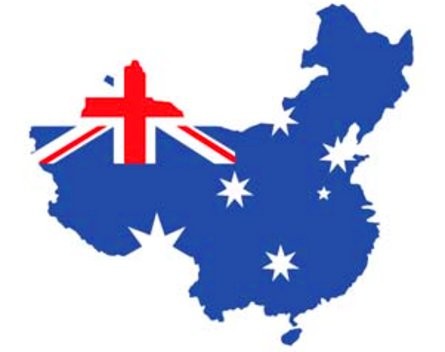 The business community has welcomed a new direct currency trading deal between Australia and China, but an entrepreneur says there are still key challenges facing Australian start-ups keen to strike partnerships within the economic powerhouse.

Prime Minister Julia Gillard has announced the Australian currency will be directly traded and converted with the Chinese currency.

Under the agreement, the Australian dollar will be directly convertible into Chinese yuan, easing costs for companies.

China only has deals of a similar nature with the United States and Japan. ANZ and Westpac are the first two Australian banks licensed to handle the conversion in China.

The Australian Chamber of Commerce and Industry welcomed the move, with chief executive Peter Anderson saying: “Making it easier to do business often involves a myriad of small steps, of which today’s announcement is just one, but an important and welcome one.”

Speaking at the China Executive Leadership Academy in Shanghai, Gillard said the deal “reflects the rapid growth of our bilateral trade and the value of two-way investment”.

Peter Anderson, chief executive of the Australian Chamber of Commerce and Industry, said in a statement the agreement is a boost to exporting businesses.

“Whilst developing commercial and trading relationships in China requires the long-term relationships and business plans, the opportunity for direct currency conversion removes an obstacle,” Anderson said.

“There is potential benefit not just to major resource industry investors, but also small and medium enterprises, such as Australian professional services companies.”

According to Jim Vrondas, OzForex chief currency and payment strategist for the Asia-Pacific, the agreement could save small businesses thousands of dollars in exchange fees every year.

“It would cut costs, due to no longer having two separate conversion fees,” Vrondas said in a statement.

“Savings could be somewhere in excess of 1%, so for an Australian importer sending AUD1 million into CNY [yuan] at the moment, it could be a $10k saving.”

“Payment conditions have changed in the last five or six years,” Ramler says.

“It used to be a low cost manufacturing base in China but no so anymore. Material costs have gone up, wages have gone up.

“At the same time, the Australian market is seeing new competitors in the market every week.

“Milan Direct was the first online seller of furniture six years ago. Today there might be 100 competitors… The price point is going down but the cost is going up.”

“I think China’s caught onto the fact that anything they make, somebody’s going to buy it,” Ramler says.

“I’ve seen factories that one week are selling timber furniture and the next week they’re making kitchen products… [They] don’t specialise in anything.

“Everyone who quits their day job wants to be an online entrepreneur. They’re starting up online without having any passion for the product and just ordering containers off the internet.

“The big shock comes when the consumers are really smart, and demand amazing products at amazing prices.

“If start-up entrepreneurs don’t have a background in quality, the customer will be really disappointed, so you have to be careful there.”

“If you want to be a long-term successful company in Australia, it’s definitely important that you continue speaking to all different factories in Asia every month.

“With one factory, we were speaking to them for four years before we placed our first order… You really have to spend the time on the ground in China and Asia, and work together.”