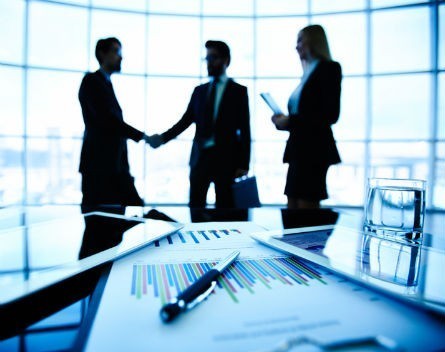 The difference between a good pitch and an average one can see your startup either getting much-needed venture capital or the cold shoulder from investors.

A critical aspect of a pitch is the pitch deck – the slideshow that outlines essential details about the business, the problem it’s solving, competitors and market size.

StartupSmart spoke to two industry experts for their thoughts on how to improve your pitch deck.

1. Tailor the pitch to the investor and keep it simple

Mick Liubinskas, from muru-D, told StartupSmart it’s firstly important to recognise that there are different kinds of pitch decks and they serve very different purposes.

“A pitch deck sent is completely different to a pitch deck presented,” he says.

“Unfortunately for an entrepreneur, you’re going to end up with 50 different versions of your pitch deck over time.”

Liubinskas says one of the biggest mistakes people make is to put too much information in their presentation.

“You’ve really got to consider your audience and objectives,” he says.

“Too much information in a deck makes it hard to find the essential investment information,” he says.

“Investors don’t have the time to re-read in detail, and you reduce the chances they’ll recall this information when discussing your pitch with others influential in the investment decision.”

2. Show confidence and deliver on your promises

Investors are looking to see if there is a big opportunity in your startup, Liubinskas says, and one thing they look for when considering an investment is whether the team has something that makes them stand out from the crowd.

“A lot of people use future language… ‘We are going to try.’ But they [the investors] need to have supreme confidence.”

The other thing to keep in mind is that investors typically invest in startups after they establish that there has been a track record of some kind.

“Unless you’ve done business with them before, you need to show them you’ve already executed and they’re probably going to want to see you execute three to four times,” he says.

“What I encourage people to do after a pitch is to communicate to the investors once a week… go back and show you can do what you say you can do.”

Jones says while it’s important to give investors the information they need to make an informed decision about your startup, you should also play to your strengths and understand that emotion also plays a role in the pitching process. This could mean cracking a joke if you’re naturally funny, or having a strong narrative arc if you’re good at telling a story.

“If you’re successful, you can raise a round on better terms than your competitors, give yourself more runway, and have a little more breathing room. Maybe even buy a foosball table.”

3. Don’t just talk about the product and avoid buzzwords

Sometimes as an entrepreneur it is easy to get caught up explaining how a new product or service works instead of explaining why people need it, according to Liubinskas. A good way to test out your pitch deck is to present to a stranger and see if there is any jargon that stops them from understanding.

“Most people spend far too much time on the product,” he says.

Liubinskas says it is also crucial to talk about the market. However, too many entrepreneurs only do a top-down analysis in their pitches.

“So they say the total market for this product is $10 billion, but they should also do a bottom-up analysis which says if we get 10,000 in sales at $100 each that’s a million dollars in revenue.”

Jones says entrepreneurs should avoid using buzzwords in their pitch decks whenever possible.

“Repeated use has blinded your audience to these words,” he says.

“Buzzwords try to describe what your solution is but that’s not really important. It’s not as important as explaining what it does for your customer, and how much your customer cares about that being done for them.”