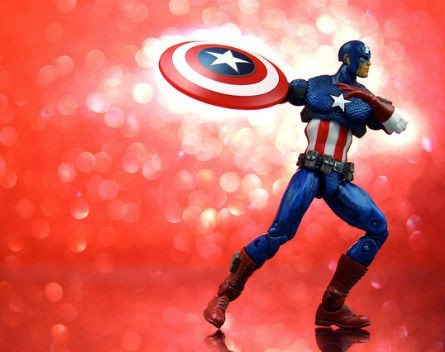 We know that Matt Rockman is a bit of a startup hero to many, but perhaps this is taking things a bit too literally.

We had a special guest at the @SquarePegCap offices this morning. Say hi to Captain America! cc @MattRockman1 pic.twitter.com/2HNcVh46Wt

On the issue of male toilets in tech spaces

It’s a common complaint at tech events (and possibly only unique to them) that male toilets are the ones that have lines at them. So we weren’t surprised to read this on the Inspire9 list:

“Bros/Men of Inspire 9: I’ve worked in the space here for a couple of months now. Being a man working in a predominantly male space, I have, just like you have, noticed that our toilet facilities are sometimes held up.”

But we were pleasantly surprised to read where the complaint headed next:

“This does not give you any right at all to use the women’s bathrooms. It annoys me, even as a bloke, that you think you can just go in there and use them. There was a situation today where a guy was using the women’s bathrooms and there was a girl who was changing in there. Those are not for you to use, so just don’t bloody use them. I’m sure that you can hold on a little while longer.”

Our reporter Kye White, who has inspected the male bathrooms, suggests they either get rid of gendered toilets given there are just cubicles, or install a urinal.