Toowoomba startup community looks at getting its first coworking space 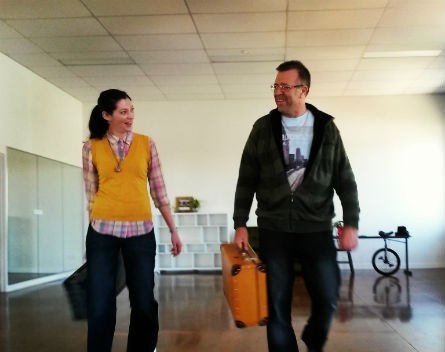 As the nation focuses on the outcome of the Queensland election, the Toowoomba startup community is looking forward to a big year ahead in 2015, with a number of events and a new coworking space on the agenda.

“We intend to trial a co-working space during the first half of this year, which we are working on with support from the Toowoomba Regional Council.

“Of course, we don’t just want to import a model that works for Perth or Melbourne – we want to create something that works locally. So we’ll be holding some meetings to see what that will look like and function.”

Toowoomba Regional Council was the principal sponsor of the Toowoomba Startup Group event in November and has been working with the group since then to find suitable accommodation for the group to establish a co-working space in the city.

Toowoomba Regional Council Deputy Mayor Mike Williams told Private Media “we have met with the group several times and are currently in discussion about setting up a shared space.”

“We are close to establishing a trial space and are working through the details at the moment.”

Cr Williams, himself a small business owner, says the business climate in Toowoomba at present was one of optimism.

“The city is undergoing a major growth spurt at the moment with a lot of major infrastructure being built such as the new Wellcamp Airport which will dramatically increase the city’s connectivity to the rest of the nation and into Asia,” he says.

“Some people have a fantastic idea, but don’t know how to take that idea to the next level and start and run a business. Toowoomba Startup Group will provide support to some of these budding entrepreneurs and help them on their journey.

“Council is happy to assist where it can and help provide these fledgling businesses with a possible kick-start to a brighter future. When these business ideas come to fruition it helps diversify the city economy even further.

“Toowoomba is already one of the most diverse economies in the nation due to the hard work and innovation of its citizens, who knows where this next generation of business will take the city.”

Aside from the new coworking space, there are three major events planned for the year, including a Startup Weekend Education event in May.

The education-focused event, which follows the success of a similar event in Sydney last year, will take place at the Glennie School. It will encourage school students to pitch their business ideas; while in parallel, adults will pitch their education-related startup ideas.

TSG also recently hosted its first monthly meeting of the year at the Toowoomba Chamber of Commerce, with Mark Thomas sharing lessons about lean manufacturing from auto giant Toyota.

The less formal Coffee Club meetings are also continuing each month at the Engine Room Cafe, with the next one scheduled for 7.45am on February 10.