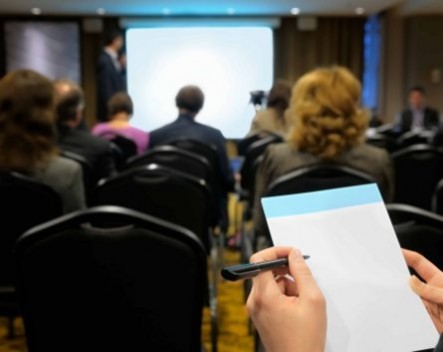 ANZ Innovyz Start is an Adelaide accelerator program based on the intensive 13-week, 10-company techstars model. It is coordinated by Matthews. It is full-time and fully funded.

“It’s not an incubator, it’s an accelerator. Our focus is on commercialising break-through ideas,” says Matthews. “It’s about thinking beyond your start-up, and building the systems and culture of your company. At the end you pitch to investors, because normally you’ll need a bit of money to go global, to grow fast enough to hit the market opportunity while it’s present.”

Matthews was joined by entrepreneur and venture capital investor Glenn Smith and tech entrepreneur, mentor and investor Simran Gambhir. Gambhir and Smith are mentors during the program and they discussed the key challenges facing start-ups and how they stand out.

Here are the top five tips shared on the night:

Get your vision clear, and right

Gambhir said one of the key issues he sees start-ups struggling with, especially those who are beginning to gain traction, is around the difficulty of having a clear and useful vision.

“If you can’t clarify your vision, you’ll be spread too thin or you’ll be so narrow you can’t find a customer,” said Gambhir. “You may be looking at deals, even a couple of different ones, but you need to work out and remember what you’re passionate about.”

Be an entrepreneur – take risks

Smith’s recurring comment throughout the night was about the unescapable relationship between being an entrepreneur and taking risks.

“If you’re focused on becoming a high-growth enterprise worth over 100 million, you need to get grounded. And if you want to be that kind of entrepreneur, take risks. Get at the front of the queue,” said Smith. “That’s what being an entrepreneur means.”

Be good at letting go

The panel agreed that successful entrepreneurs were those who were good at letting go.

“Be willing to move on from an idea, to let it go,” said Matthews. “Entrepreneurs commit so rapidly, but when the scales fall off their eyes and they can see an idea isn’t as strong or a market isn’t as big, they de-commit so rapidly it can startle their team.”

“Execution is the most fundamental skill in the early stage of a start-up,” said Smith. “Sure we’re looking at the scale of the idea. But the people are critical too. You want someone who can execute. You have to show you can deliver.”

Gambhir agreed the quality of the team, and their ability and attitudes about execution were key, from everything from implementing systems to describing your business.

“I’ve done a lot of due diligence for venture capitalists. And if the team is a liability, it’s an absolute no investment zone,” said Gambhir.

If you can’t tweet your business proposition, you don’t get it

Regardless of how complex your software may be, you need to be able to quickly and succinctly explain your business proposition.

“If you can’t articulate what you do, you don’t understand what your business proposition is. And if you can’t do that, work on it or get out,” said Smith.

“You should be able to tweet your mission: 140 characters, that’s it. It’s enough to say what you’re doing,” said Gambhir. “Your ability to describe your idea to anyone at any level, that’s the magic we’re looking for.”

You can find out more about the ANZ Innovyz Start program here.

Expert opinion: Why a lack of climate action will hinder your talent recruitment
How Zero Co is reducing plastic waste, and how your business can too
Why customer loyalty programs can backfire, and three ways to mitigate the boomerang effect
Cheat sheet: Invoice finance discounting and factoring explained
What is SmartCompany Plus?