Transportable cradle doubles as a toy 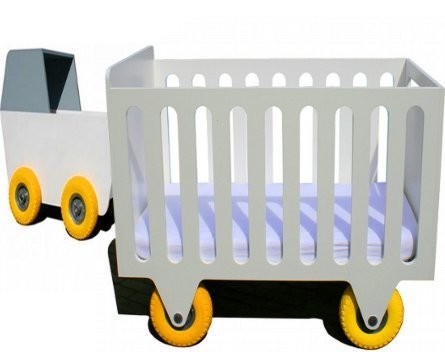 Dutch designers Made by Midas have designed a baby’s cradle with wheels, which, in addition to being transported from room to room, can be used as a toy once the child has outgrown it.

“The crew at Made by Midas have obviously anticipated the need children seem to have to put things in trolleys and strollers and push them around, and designed a crib that can be used for exactly this purpose once your little bundle has outgrown it,” writes Babyology.

“The Q4 cradle converts to something akin to a toy pram with a removable hood, and the Q4 crib, in the same fashion, can be used as a kind of toy trolley.

“I imagine they also eliminate some of the need to take your screaming infant for midnight walks in the stroller, since you could just push them up and down the hallway.”

Can you think of any other products that would help stressed-out parents and entertain children simultaneously?