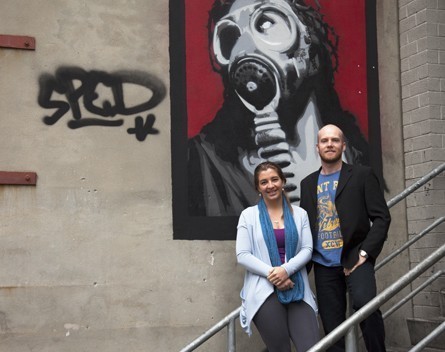 A Perth-based startup wants to put a local tour guide in your pocket with a new digital travel guide app.

Travel Eggs is a platform offering digital tour guides created by locals for travellers wanting to look further than the usual tourist hotspots.

The app allows users to pick from a list of available tours showing undiscovered places and detailing local stories in the area.

The tours can include a photo gallery, written descriptions and videos provided by the users.

It’s a two-way platform, with users also able to create a tour, which Travel Eggs will then on-sell to other users, with 40% of the price going back to the creator.

Travel Eggs co-founder Leigh Pember says he came up with the idea for the startup while he was working in tourism research and marketing.

“We were looking at how to improve the visitor experience,” Pember says.

“The best way to market a destination is through word of mouth, and the best way to get this is to deliver a really awesome experience.”

He says the tour can broadly focus on an area, or zero-in on a specific aspect like whiskey or coffee.

It’s also a way for tourism money to be funnelled into smaller local businesses, Pember says.

Pember and co-founder Trace Bridges began properly focusing on the startup last year, and spent three months on it before being accepting into the Fusion Founders program run by Atomic Sky Tech Hub.

“Being in the accelerator has given us access to mentors and frameworks. It’s been a great experience,” Pember says.

Travel Eggs is currently in a closed beta as the pair further develops the MVP.

“We’ve got quite big plans but we’re starting simple with a prototype,” he says.

“It’s a global platform but our focus is to start local, learn about the market, and understand the customers.”

Calling in the authorities

Pember says they’re also in talks with government bodies and tourism authorities to encourage them to contribute to the platform.

“They have their own mandates as government or private organisations, so we’re learning them and seeing if there’s a fit.”

Travel Eggs aren’t the first startup to attempt to combine technology, the crowd-sourced asset exchange platform used by the likes of Airbnb and Airtasker, and the tourism market.

A host of former GroupOn employees created Detour, a service that offers audio walks through an app. Detour is currently only on offer in three American cities and five international, and doesn’t exist in Australia yet. Pember also adds that they don’t offer the crowd-platform side of things either.

Travel Egg is looking to expand its team as it hatches from the accelerator program, searching specifically for a team of developers to work on improving the app.