Uber and Etsy: Why traditional advertising just doesn’t pay off 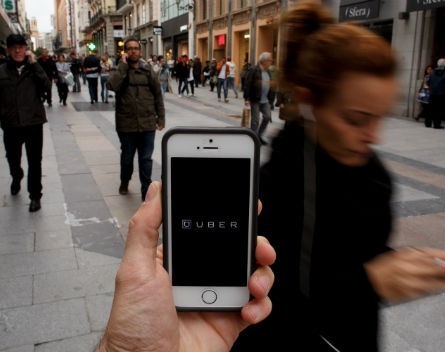 Two of the most successful e-commerce businesses operating in Australia say they will stick to marketing themselves through social channels because they simply can’t make traditional marketing like TV or radio ads pay.

Speaking at the ecommerce Conference & Expo in Melbourne yesterday, Uber general manager Simon Rossi and Etsy managing director Helen Souness said while they wouldn’t turn down a TV campaign, they could not justify the return on investment.

“It’s an expensive medium and it’s hard to get a return on it, I think that’s the fundamental,” said Rossi.

Souness agreed an expensive TV or radio campaign is hard to justify to Etsy’s community of sellers.

“I’d have them if I could,” said Souness.

“But it’s part of our effort to give as much back to the [Etsy] maker as we possibly can. We take 3.5% on a sale, so it’s very hard to make the return on investment case [to them].”

But Souness said Etsy UK has successfully used radio to spruik other marketing activities like events, and said she does use it sparingly to “get the ball rolling” on the company’s more novel marketing initiatives.

“We do bits and bobs, especially to create buzz, or to get the buzz going,” she said.

Etsy has recently rolled out a string of “offline” marketing activities, including pop-up shops and “meet the maker” events. Souness said the offline events, combined with a PR push, have given Etsy massive media coverage.

“They are very photographable, very media friendly,” she said.

Souness encouraged other e-commerce businesses to consider offline events to “create a buzz” which customers will want to share on the social media channels.

“I really recommend thinking outside the box, thinking through how you can grow your social with offline events,” she said.

“You can bring out your differentiation.”

Rossi agreed social is the main method of marketing utilised by Uber, confirming the company does not spend a single dollar on advertising.

Uber is well known for its marketing stunts such as delivering kittens to the workplace, and Rossi admits those marketing activities are a direct effort to get people to engage socially.

“People get close to the brand, then they share that through social networks,” he said.

Rossi believes Uber’s main aim is “creating experiences”, not just to get a customer from one destination to the next, and said those experiences are naturally sharable on social media.

Talking about Uber’s PR activities, Rossi said the company tends not to have to push too hard to get coverage.

“We fortunately, or unfortunately, are in the media lots these days, so we don’t need to spend the money on it,” he said.

Uber has recently been slammed by media outlets over accusations it does not vet its drivers closely enough and over comments the company would try to dig up dirt on journalists to fight back against bad press.