Venture funding gets the razzle dazzle treatment with The BIG Pitch 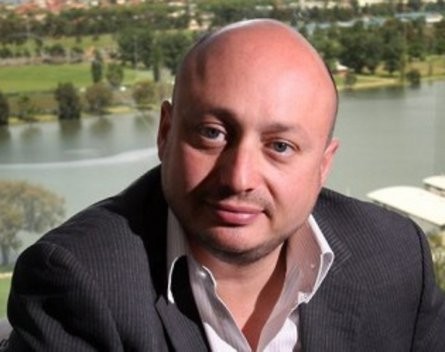 Oxygen Ventures investment director Ilya Frolov says the Melbourne-based investment fund has organised what might be Australia’s most lucrative pitch event ever.

Applications are open for The BIG Pitch which will take place at Deakin Edge in Melbourne’s Federation Square on June 17 with $5 million worth of funding up for grabs on the night.

Oyxgen Ventures is calling on all digital entrepreneurs to submit their pitches before the June 5 submission deadline.

A shortlist of five finalists will be chosen shortly after.

While there will be a winner announced on the night, that does not necessarily mean the other five finalists will lose out as there’s the potential for the $5 million worth of funding to be split, Frolov says.

Frolov, who is also on The BIG Pitch judging panel, says prospective entrants are excited, despite concerns they might be sceptical thinking the opportunity is too good to be true.

“I didn’t want the startups to feel like the event wasn’t real,” he says.

“We didn’t want to come out looking like arrogant investors either, so we made sure they were quite comfortable with the idea.’’

Frolov says the event is a great way to support the industry but they were also keen to build Oxygen Venture’s profile.

“I think there’s lots of potential [in the industry] but there needs to be a lot more nurturing,’’ he says.

“I’ve heard some say Australian startups are embryonic; in my opinion it’s not embryonic at all.

“The Australian scene is very matured, we’ve got some great businesses, and great people to be inspired by.

“VC is not going to find every startup that wants funding.

“Without any hesitation, startups are approaching VC like they’re superheroes, and they’re not.”