Walking in a straight line: Why Silverchair provide the perfect model for building a successful startup 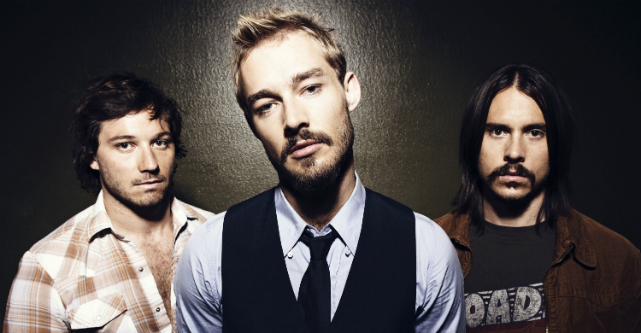 When you think of Silverchair, your mind can’t help but wander to their alternative rock sound. Maybe you think of song-writing legend Daniel Johns or of their record number of ARIA Awards and chart topping songs like ‘Anthem for the Year 2000’.

But when I think of Silverchair, I think about startups.

In my time working with and mentoring startup founders through Slingshot and UTS The Hatchery, I’ve seen startups take many different structures and forms. There’s a link between Silverchair and startups, and I think the band that managed to put Australia on the international music map provides a blueprint for the ideal startup model.

There are three key ingredients in the Silverchair story that any start up can take on board today and consider when it comes to their own story, business and success:

1. Partner with people in the same position as you

To put this into perspective for a startup, there are many people with bright ideas, tech nous and knowledge all ready to offer up the next big thing. More often than not, you see people with more experience, funding or connections that spot this talent and try to build a business partnership.

Often, in these circumstances, there is one person with much more to lose. This can mean that one person works harder than the other, brings more to the table and does not have the ability to walk away from the start up completely unscathed with zero risk involved.

If there is any lesson that startup founders can learn from the success of Silverchair, it’s to work with somebody on equal footing. Ben Gillies and Daniel Johns attended the same high school in Newcastle and were united by their love of music. Both of them were motivated by success, and all members of the band had as much to strive for (and lose) as each other.

Partnerships built on equality breed long term success and equal amounts of effort. Finding a business partner with much more to bring to the table and little to lose could be the ultimate undoing of your start up.

2. Evolution is the key

The growth and success of Silverchair was driven by hard work, ambition and evolution. While many startup founders are naturally ambitious and aren’t afraid to put many man hours into their idea and building their business, evolution is mandatory when it comes to the eventual success of a startup.

Throughout their career, Silverchair continued to evolve. Embracing change resulted in maturing their sound, the type of concerts played, their video clip quality and their musical influences. Their evolution, whilst still appealing to die-hard fans, was what allowed their music to become a mainstream hit and have their band sell 8 million records worldwide.

Whether it be product, user experience, structure, vision, brand and objectives, leaving behind the fear of the unknown and embracing evolution could be the key to the success for your startup. Founders can still stay true to their core ideas and values while continuing to welcome change and create new elements to their startup. In the competitive world of startups, those that don’t evolve and adapt can quite easily be left behind.

3. You need to be in it for the right reasons

All three main members of Silverchair demonstrated an undeniable passion for music. From the early days of Silverchair whilst in high school, Ben Gillies and Daniel Johns built a stage out of desks and played rap songs for their schoolmates.

As a group, Silverchair recorded demos and entered band competitions while the members honed and refined their skills as musicians. While records and merchandise were sold, fan bases grew and packed out concerts were played, the love of music was undeniable and was a core part of the Silverchair journey that encouraged their ongoing success. Unlike many manufactured pop groups and bands of today, Silverchair was an Australian phenomenon built on a love for music, passion and talent.

Startups need to have an innate belief in their cause and their product. Founders that live and breathe their need to solve a problem, create new technology, grow an industry or build a new consumer experience will create their own success. Startups with lofty hopes of building their product and brand, selling it off to a larger company and living a rockstar lifestyle will never have the same success as those who are driven by raw unbridled passion.

It just goes to show, whether you’re starting your own garage band or are ingrained in the world of a startup, there’s plenty you can learn from the school of Silverchair – if you’re willing to rock out and listen.