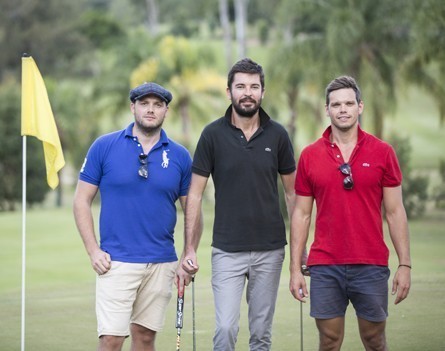 A Brisbane startup wants to put the power back in the hands of the punters rather than the bookies and reignite the social aspect of gambling.

Puntaa is a pre-launch social betting app that allows users to bet on anything they like with their friends, rather than against a computer.

Co-founder Damon Oudejans says the idea came from his brother and co-founder Jordan, and his experience as a bookmaker.

“The social betting part of gambling has evaporated with the consolidation of online bookmakers,” Oudejans says.

“There’s no social platform, it’s all just for bookmakers.

“Our whole mission is to bring the social aspect back to betting that’s really lost its way with online corporate bookies. It’s about getting together and having a bit of fun.”

Puntaa is a peer-to-peer platform where users can enter the terms of the bet, set the wager and odds, and then invite a friend to compete. It’s also integrated with various social media sites so winners can brag to their heart’s content.

All transactions happen within the app, with users uploading money to an eWallet on the platform.

The startup relies on an honour system, which could prove troublesome. The losing party having to admit defeat on the app before the money is transferred.

“It’s with friends, so you’re going to honour your bet,” Oudejans says.

The team is also looking at introducing a rating system like Uber so stingy users not paying up can be named and shamed, and possibly suspended from the service.

Unsurprisingly, the young trio of co-founders encountered a number of legal obstacles, but Oudejans says they’re through this “minefield” now.

“We have obtained a fully operational online bookmaker and online betting exchange licence,” he says.

Oudejans hopes to avoid the less savoury connotations of gambling with his startup.

“Whenever you hear the word gambling people jump on the negative side of it,” he says.

“Gambling companies have a responsibility to try to provide a responsible platform, and often they abuse the position they’re in.”

But Oudejans says Puntaa can transform the notion of gambling to one of fun between friends rather than competition with bookies over large amounts of money.

“Our goal is to change this stigma hanging around gambling,” he says.

“Our model is peer-to-peer, so unlike with bookies that need people to lose, the result of the bet doesn’t concern us.

“With that approach we can go a long way to bringing the fun back and being more responsible.”

Puntaa is currently in a beta , or possibly bettor, testing phase, with about 100 users taking part. It’ll officially launch in the next month or so.

The startup was recently accepted into the River City Labs’ first accelerator program, and will receive $20,000 in funding in exchange for 3% equity as part of this.

There are also two private investors who have contributed to the startup, but Oudejans won’t reveal who they are just yet.

The accelerator program is about a lot more than the money though, he says.

“The best part is being involved with the network and getting around that startup ecosystem,” Oudejans says. “We’re honoured to be part of the inaugural group.”

“It’s a great initiative from muru-D and River City Labs, and Australia needs a lot more of it. It’s important for the country moving forward.”