Want to launch your start-up in Brazil? New incubation program offering $US35,000 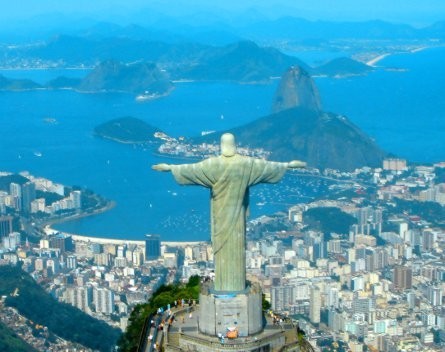 Founders can now launch their start-ups in one of the world’s most popular travel destinations, with an incubation program launched in Minas Gerais in Brazil offering a one-year visa and access to coworking space, mentoring and education, and $US35,000 in seed capital.

This is the first time the Startups and Entrepreneurship Ecosystem Development (SEED) program has been run.

Brazil has the fifth largest population in the world, a vibrant cultural scene, and is well situated for entrepreneurs to access the wider South American continent of emerging markets teaming with millions of people.

The start-up ecosystem in Brazil is taking off, with more than 105 start-ups, five incubators and 12 coworking spaces in the San Pedro valley alone.

The program is modelled on the Startup Chile program, where the most recent intake included two Australian entrepreneurs.

The program been launched to boost the local entrepreneurial culture, attract outstanding entrepreneurs to Brazil, and turn Minas Gerais into “the most relevant technological hub in Latin America”.

Early-stage start-ups in the planning, prototype or launch stage of business development are invited to apply.

In a release, SEED says any start-up team, with two or three founders all over 18, with a good idea has a chance at being accepted into the program.

“Diversity is key to building a relevant start-up ecosystem: diversity of ideas, of backgrounds and of experiences. For this reason, SEED is offering this opportunity to Brazilians, as well as to foreigners.”

Successful applicants will need to live in Belo Horizonte for the six-month development program.