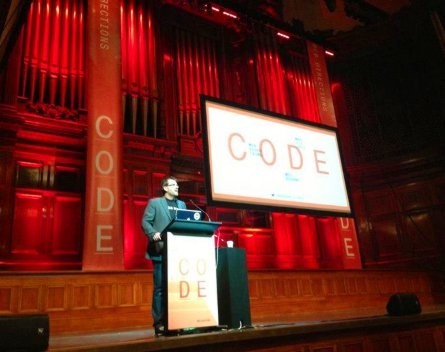 The internet ain’t what it was in 2004 and on the tenth anniversary of Web Directions, the conference organisers are taking the time to remember just how far it’s come.

“When we started Web Directions, we were just looking at ‘the web’, but now it’s the foundation for almost everything,” says Web Directions co-founder John Allsopp.

The conference has two tracks, engineering and product, and its status as one of Australia’s premiere web events is highlighted by some of the big local and international names Allsopp and fellow Web Directions founder Maxine Sherrin have managed to attract.

On the product side, Douglas Bowman, who just recently left Twittier as its creative director, is one of the big names they’ve managed to attract.

Also on the product line-up is Scott Thomas, who famously worked on the Obama campaign, but also for the likes of Fast Company, Apple, IBM, HP, Nike, Patagonia, Levis, the Alliance for Climate Protection, and Craigslist.

Younghee Jung from Nokia’s corporate research team, focusing on enablers of social development through mobile technology, will also be speaking at the conference.

On the engineering side, Bill Scott, senior director of business engineering at PayPal, will be speaking, along with Railsbridge founder Sarah Mei and Jake Archibald who works in Google Chrome’s developer relations team.

Allsopp says he feels the calibre of speakers makes it the best line-up they’ve had and competitive on an international level.

“These are world class speakers by anyone’s standard,” he says.

This year also means a change of venue, moving from the Convention Centre to the Seymour Centre.

“It’s got a good vibe and it’s both edgy and accessible, which makes sense for us,” Allsopp says.

Allsopp says they’ve always advocated the benefit for teams and individuals to get out of the office and become rejuvenated by immersing yourself in the amazing work so many in the industry are doing.

“We want to create that feeling when you can’t wait to get back to work because you’re just pumped with ideas,” he says.

“For a lot of people who come from all over Australia, it’s the one chance in a year to catch up with people in the industry.”

The full program can be found here.