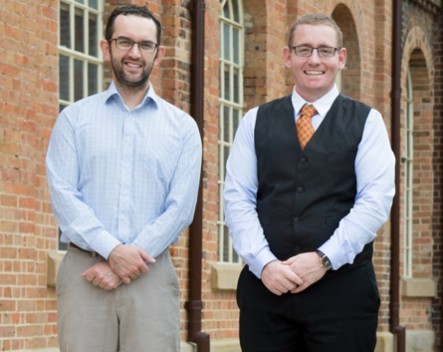 While planning his wedding, Phil Usher became increasingly frustrated at the archaic practices and lack of transparency in the industry.

The time-consuming and inefficient process involved Usher having to wait for call backs from multiple suppliers just to get a proper quote.

“There are about 15 suppliers you have to coordinate and go through the same process for each,” Usher says.

“The frustration was crazy. Being Gen Y we buy everything online, from clothing to movie tickets, but when it came to planning a wedding we had to go direct and wait for people to ring back.”

“You almost need a qualification in event management just to plan it.”

Everything in one place

So now Usher and co-founder Chris Escott have created a startup trying to make this process more efficient and transparent.

WeddingBuzz aims to be a one-stop platform helping engaged couples to plan, book and pay for their weddings online.

Usher says he wants the platform to be like Expedia for weddings, a two-way platform connecting engaged couples with wedding services providers.

“It’s more aligned with their consumer behaviour now,” he says.

“Every other industry you can go online and get an idea of what you’re looking at, and that’s what we’ve done here.”

The site launched in July last year, and has now attracted more than 100 paying businesses, and about 200 more non-paying ones.

More than $100,000 of sales have been made through the platform.

The wedding planning market is becoming increasingly saturated, with a host of startups aiming to disrupt the hugely profitable but still rather traditional industry.

Over 118,000 Australians get married every year and spend an average of $36,200, according to IBISWorld. The Australian wedding industry has estimated revenue of $544 million.

Usher says the condition that all businesses must list their prices upfront sets his startup apart from its many competitors.

“That’s different to all the other platforms out there, which just give a generic overview of what a business can do,” he says.

This requirement has pushed some businesses away from the platform though.

“There’s this whole thing in the wedding industry of being excessively overpriced, and some suppliers just weren’t into it,” Usher says.

“But we got early adopters and it just grew from there.”

While focusing annual subscriptions for the businesses at the moment, WeddingBuzz will also soon be launching one-off low cost listings where it will take a percentage as a commission.

The startup has been bootstrapped by its two co-founders, and Usher estimates they’ve put a total of $20,000 into it so far.

With the right funding, Usher says they hope to facilitate $5 million in sales through the site within a year.

“Now we’ve identified the business model and found that it works we’re looking for that seed capital.”