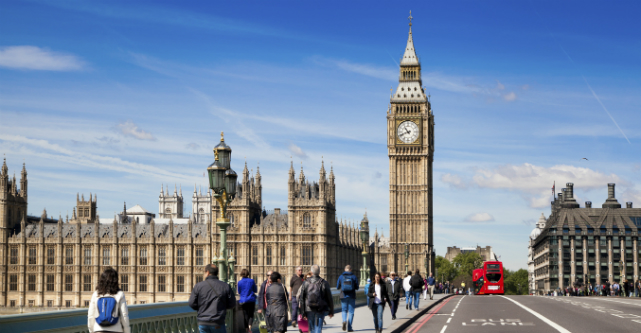 Employee share schemes have attracted increasing attention in the Australian business community since federal government changes last July and it’s encouraging to see the government’s acknowledgement of the role these schemes have to play in driving innovation.

But international comparisons – with the United Kingdom’s system for example – demonstrate how Australia’s tax relief for startups and innovative companies has some way to go.

As a taxation expert with experience in both the Australian and UK regimes, I find it interesting that the reliefs and incentives put on the table by the federal government appear to be modelled on the UK equivalents – namely the Seed Enterprise Investment Scheme (SEIS), Venture Capital Trust reliefs (VCT) and the Enterprise Management Incentive (EMI) share option scheme.

With this in mind, many of the announcements to date focus on aligning the tax system to promote entrepreneurship. In particular, they introduce:

Changes of this nature have all had a very significant and favourable impact on investor behaviour and entrepreneurial growth in the UK, making equity investment into smaller entities particularly attractive and significantly boosting the private equity, venture capital and entrepreneurial sectors as a result.

In fact, the take up of EMI share option schemes in particular, by companies and employees in the entrepreneurial space, has been significant and the scheme is much loved, having now been in place for about 15 years.

It’s clear the new announcements for Australian companies are intended to support entrepreneurialism, the availability of equity capital, and the attraction of share ownership in unquoted companies both as an investor, an entrepreneur and an employee.

But as someone who works directly with Australian companies in this space, I question whether the changes go far enough.

The UK reliefs may contain their own restrictions on company size, use and availability but they are all significantly more generous than the new Australian versions.

For example, Australia’s new employee share scheme startup scheme is restricted to companies less than 10 years old. Why the arbitrary limit? There is no such restriction for the UK equivalent and, I would argue, rightly so.

The National Innovation and Science Agenda cites both Uber and Airbnb as examples of companies founded less than a decade ago. The growth of these companies in their early years of inception is undoubtedly impressive but it is not reflective of the majority of startups.

Many small businesses experience growth well after their 10 year birthday. Perhaps it takes that long for their technology to become current or it is then that new individuals join the team with fresh ideas to commercialise existing knowledge or IP.

And what about increasing and expanding the eligibility for tax deductions to companies implementing share schemes that mirrors the amount on which the employee is taxed? This is a large part of why the UK equivalent is the ‘scheme of choice’ in that market.

The new relief for equity investment also suffers from arbitrary restrictions, such as to companies less than three years old with a turnover less than $200,000. Put simply, this is too small.

The UK SEIS equivalent allows a wider range of companies to benefit, and whilst it also places a restriction on the age of the company, there exists a ‘sister’ scheme (the EIS) that offers generous tax reliefs for older and bigger companies.

It would be more beneficial to see the Australian reliefs expanded to include older and larger entities, with a view to encouraging take-up of what can be very valuable tax incentives.

What’s being done to drive commercialisation?

The National Innovation and Science Agenda Report recommends greater collaboration between universities and businesses in the future and connecting small businesses with university researchers.

This is a great concept in theory, but a key barrier to the commercialisation of research and knowledge generated within academia is the tax charges inherent in transferring the associated intellectual property into a company and issuing shares to key individuals.

Why aren’t we working to break down these barriers through the introduction of tax concessions for university spin-offs to prevent tax charges from arising at this early stage?

You guessed it; the UK has introduced this already and it is working.

No tax system is perfect, but the UK approach to employee share schemes to drive innovation and entrepreneurialism appears to be reaping valuable benefits. With Australia’s decision makers taking their lead from such a successful model, it can only be hoped that we too will experience such positive outcomes over the longer term.

One thing that’s clear is that interest in this space is building. Influential US and Australian venture capitalists are publicly voicing their views, encouraging the Government to take their reform further.

Let’s hope the passion for such vital change continues.

Wendy Houghton is a taxation expert with  BDO   in Brisbane with experience in both the UK and Australian markets. She previously worked with BDO in Manchester.