What I learnt at Europe’s largest start-up investor conference: An entrepreneur shares his insights 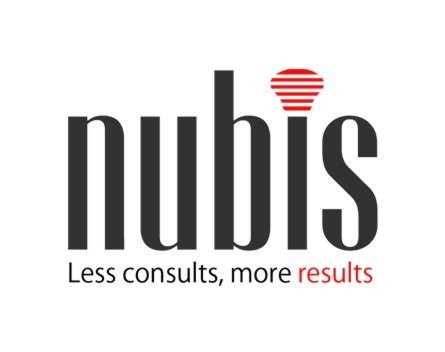 Queensland-based tech start-up Nubis has returned this week from Europe’s largest start-up and investor conference Slush 2013 where it pitched to investors.

Nubis co-founder Yuval Hertzog told StartupSmart his team was still reeling with new ideas and enthusiasm after being flown there by Microsoft.

“It’s basically a meeting place for the world’s most established investors, including venture capital, angel and private equity investors, and north European and Russian start-ups,” Hertzog says. “Nubis was from the most remote country out there by far. We weren’t even supposed to be there, but Microsoft invited us at the last minute saying this would be the perfect place for us to find the investment partner we’re after.”

Over 7000 people attended the event in Helsinki, Finland, this year.

The Nubis team launched the latest version of their augmented reality social media streaming app at the conference. Hertzog says they were surprised (and thrilled) to be mentioned in a speech by Cliff Reeves, a senior director from Microsoft Ventures.

He adds Australian founders should stay committed to their goals, and the idea that someone may want to invest in your idea is not crazy.

“It’s actually a common practice in highly industrialised countries. And there’s no reason you need to relocate for it. It should be like that in Australia too. It will happen. We will make it happen, because it’s the best natural place for it on Earth,” Hertzog says.

But the conference wasn’t an easy ride and Hertzog says they really pushed themselves to make it as valuable as they could.

“We had three days to prepare and no time to be polite, so we had to push our way in (in a very non-European way),” Hertzog says. “We pushed ourselves in front of many angels, VCs and executives without prior meetings arrangement – and got the meetings.”

They were one of 100 start-ups selected to pitch to investors at the event. Hertzog adds they had prepared their three minute pitch only to discover they only had two minutes.

Hertzog says the conference reminded his team of the fact they’re competing in a global market.

“Coming from Australia where the concept of a ‘start-up’ is for kids developing websites cheaply, a risky investment is on a company that turns over $100 million and wants to grow to $150 million,” Hertzog says.

He adds the conference was also a reminder that the European start-up community does not encourage work/life balance.

“Actually, no life at all for the entrepreneur. Investors are not handing out money without making absolutely sure you deliver, even if it kills you – but hey, some people are just wired that way,” Hertzog says.