What investors really want: It’s not primarily a great idea 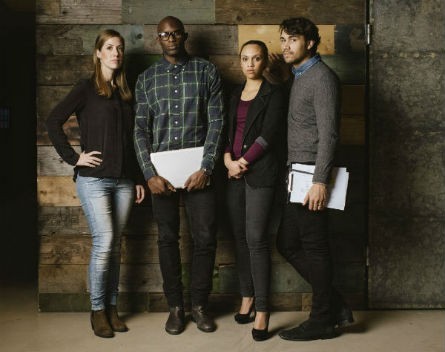 Investors are looking for an impressive and reliable founding team above all else in an early-stage startup, a new study has found.

These early startups are notoriously risky investments, and with a lack of history, sales or a track record, investors have to rely on other aspects of the business to make a decision.

Stanford Graduate School of Business professor Shai Bernstein, along with Arthur Korteweg and Kevin Laws, conducted a study with the aim of finding out which of three main categories of information about a startup that investors actually value the most.

The study finds that human capital is most crucial for a startup’s chance of landing an investment, with especially more experienced and successful investors basing their choices on these aspects.

The study worked with AngelList, a platform connecting founders with investors, to send nearly 17,000 emails to almost 4500 active investors.

AngelList regularly sends emails to these investors about featured startups, and includes information about the founding team, its traction in the market and other current investors.

The study randomised which pieces of information would be divulged to the investors in the emails and measured the click rate to see the investors’ interest.

Investors were sent different emails about the same startup, with some including information about the funding team but not traction, and vice versa.

It found a 13% increase in investor follow-through when the information about the founding team was included, and no change when other information was added instead.

“The average investor responds strongly to information about the founding team, but not to firm traction or existing lead investors,” the study reads.

“Our results suggest that information about human assets is causally important for the funding of early stage firms, and hence, for entrepreneurial success.

“The operational or technical capabilities of the founding team raise the chance of success, especially in the earlier stages of a firm’s lifecycle, when experimentation is important.

“An alternative explanation is that high quality teams have attractive outside options, and can therefore credibly signal the quality of the idea.”

Australian impact investor Geoff Gourley says this also seems to be the case in Australia.

“You get pitched thousands of business plans a year, and you need to work out which ones will work quickly,” Gourley says.

“The team is definitely important; I would rate it as number one. We’re really investing in them. Our money will support them to grow the business.”

Shippit co-founder and direct Rob Hango-Zada just closed a $500,000 seed funding round led by Equity Ventures Partner Les Szekely says the startup’s team got it over the line.

“Given Shippit was quite an early stage investment for our syndicate, there was a sense that no matter what obstacle gets thrown our way to challenge the business model, we have the skill set and collective resilience to find a way through it.

“That really is a key to unlocking the funding.”

Early-stage startups should provide potential investors with short descriptions of the founders, specifics about their roles, their experience in the sector, and information on the advisory board if possible, Gourley says.

“We’re looking for capability and credibility,” he says.

“There are millions of ideas, but the great ones are the ones that are executed really well.”

It’s also important to not shy away from the more sensitive parts of the company when dealing with investors, Hango-Zada says.

“You really do need to convey the good and the bad to investors as there is ultimately a desire for transparency above all else.”

The study concludes by saying that although the founding team may be most important in securing an early-stage investment, other aspects shouldn’t be put to the side.

“Finding that human capital is the most important category does not imply that the business idea of the startup is irrelevant,” it says.

“Human capital is initially important for differentiation, but needs to be replaced in later stages so that outside investors can obtain control rights, thus allowing the firm to raise large amounts of external funding.”