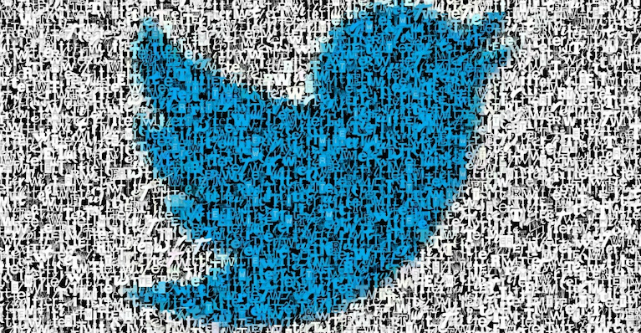 Unless you were living in a cave or have an extreme aversion to sport, you probably heard all about the underdog sports story of the century last week when Leicester City toppled the giants of English football to win its first ever English Premier League title.

It was a pretty remarkable achievement for the Midlands club, which was odds of 5000/1 to win the league at the start of the season. Leicester City defied the odds by being hungrier and smarter than their more illustrious and richer opponents like Manchester United, Manchester City, Arsenal and Chelsea.

To wheel out a sporting cliche: they were a champion team rather than team of champions.

There are probably some great lessons about team and leadership in the win but what really grabbed my attention was this heat map showing Twitter activity that took place when Leicester won the title as a result of the draw between Chelsea and Tottenham, who were hot on the heels of Leicester.

5.5 million Tweets were sent across the globe as the Leicester dream became reality… #LCFCChampions pic.twitter.com/DriIK6RosL

As the tweet from the @TwitterUK account says, 5.5 million tweets were sent across the world as this was taking place. Of course the tweet activity was white hot in the UK, but it was also extremely hot in the northeast of the United States and West Africa.

Leicester winning the league triggered an 86% increase in normal Twitter activity in the UK…#havingaparty pic.twitter.com/vGTmtqwq2E

What all of this shows is Twitter’s bet on live sport streaming might just pay off. There’s no doubt Twitter is still the social media platform of choice for people who want to find out quickly what’s happening in the world and put their two cents in by tweeting about it.

Maybe even more so than with things like TV shows, live sport really does have the power to unite a massive group of people. If Twitter is to start really monetising its service it will need to leverage its appeal among sports fans and sell itself to marketers as the place to spread brand messages in front of huge captive audiences.

Twitter founder and chief executive Jack Dorsey has said the move into live sports streaming complements the role Twitter is already playing for many sports fans:

“We want to do it everywhere with sports like soccer. Latin American football is really big on Twitter, a lot of the players are on Twitter and we have a lot of fans on Twitter. Every game around the world has pretty heavy tweeting, so we want to make sure we can provide a great experience everywhere.”

Of course soccer is an obvious choice for Twitter to jump on because of its global appeal, but it will be interesting to see how Twitter approaches events such as the upcoming Olympic Games.

You can imagine Twitter going into meltdown during a 100 metre final featuring Usain Bolt and companies associated with an athlete like Bolt paying prime time rates to get their message out on Twitter during an event like that.

Sports events might well be the vehicle that carries Twitter forward and consolidates its niche as the social media platform of choice for people who want to feel part of an historic moment.