What startups can learn from State of Origin 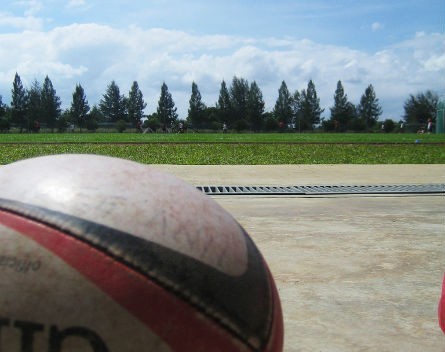 So ‘my’ team, the NSW Blues, won the game on Wednesday night – the series decider – and since then my fellow New South Welsh-persons have been loud on all social media channels about it.

The last time NSW took the series from Queensland was so long ago (2006), Facebook wasn’t yet available outside the US and Twitter didn’t even exist. It was a year later that Apple shipped the first iPhone. #mindfck.

While the QLD Cane Toads and the NSW Cockroaches were smashing into each other with gusto and fans of both teams roared encouragement for ‘their’ team, I was in Melbourne, where nobody cares.

At the Uber Melbourne party a lot of Uber’s customers wanted to talk about authorities in Australia and elsewhere issuing fines to UberX drivers, on the grounds they’re unlicensed by the government bodies that license taxi drivers in those locales.

Like footy supporters passionately defending ‘their’ team, many of the Uber customers at the party were vocal about how unfair these bureaucrats were being. It wasn’t just a government department battling a corporation, it was ‘us’ (Uber-plus-customers) versus ‘them’ (stoopid taxi licensing bureaucrats and evil, doomed taxi industry magnates). They sounded less like customers and more like Uber supporters, like this was a football match between Uber and the government regulator.

How do you create the conditions necessary to convert dispassionate, price-comparing, review-reading customers to passionate supporters? Supporters who’ll defend your brand against all threats, real and perceived? What a powerful force for customer growth and retention. My guess is the same narratives that define a sporting allegiance also work for startup brands.

Be different, from a long way off

If your customers can identify those not-like-them from a distance, they (like sports team supporters) can tell themselves apart from the ‘enemy’ in time to ensure they can maintain some separation. If you get too close to the enemy, you begin to realise how much you actually have in common, so prejudices are more easily maintained if you’re keeping your distance.

If you’re marketing one brand of smartphone against another, nobody can tell whether you’re an Android fan or an iOS fan until you pull your smartphone out of your pocket. That’s an issue.

Unless, of course, you’re an Apple supporter wearing those easily-identifiable white Apple earbuds that have remained essentially the same through many generations of both earbud and in-ear product lines. The latest earbuds shipping with an iPhone 5s are easily identifiable as the progeny of the first earbuds that shipped with the very first iPod. Even when Apple introduced a colour range for iPods and then iPhones, the earbuds remained available only in one colour. Accidental? I think not.

Uber customers are potentially very different. When everyone else at the bar is glancing around wondering how hard it’s going to be to hail a cab, and where they should start walking to, the Uber customer is still relaxed and casual at the bar — the iPhone app and push notification will let them know when the Uber car is approaching and they can waft out the door and straight in the town car.

Same at the destination — a taxi pulls over in a no-standing zone for what seems customer is futzing around with cash or credit card transactions. An Uber customer wafts out the door of their town car apparently without paying at all, safe in the knowledge the Uber platform will bill them a fair price when it notices customer and car have parted ways.

Fierce though their allegiances are (and even though Apple includes an Apple sticker with every product it sells) you don’t see a lot of branding on customers or their cars in the technology industry.

You can be pretty certain most people wearing a tech brand either work for the company behind the brand or have just attended an event where the branded gear was handed out.

I think that’s partly because in tech the product itself is often all the branding you need — any noob can tell the difference between an Apple MacBook and a Dell CrapBook.

But I think it’s also because in tech we’re pretty sure we’d be helping a massively profitable corporation become more massively profitable by wearing its branded tees. Football teams are amongst the most successful corporations in the world though, so why don’t fans of Manchester United feel like they’re being exploited for corporate profit?

I think it’s because the central narrative of, say, Google is “two smart nerdy guys get lucky with their first business out of school and are billionaires in a few years” whereas the central narrative of all successful sporting teams is, “This is a constant battle, we’re on a razor’s edge. We train ourselves to exhaustion, we devote our lives to the game, we give everything we have to every game we play, and if we don’t we will be defeated.”

That observation is supported by the higher frequency of supporter uniforms amongst underdog, challenger tech brands. The little team at Aussie startup Bugcrowd (disclosure: I’m an investor) sends out a few tees to their favourite customers and not only do people wear them, but they usually post pics to their social media or blog. Bugcrowd customers wear their Bugcrowd tees to big tech security conventions because they’re in the minority; they’re the outsiders; they’re the marginalised, non-corporate misfits in tech security. They want to find each other and grow stronger through being together – like sports team supporters at an away game.

A new Manchester United supporter is joining a worldwide community of millions with a heritage going back generations. They know what it means to be a supporter and who their community expects them to be. They’ll wear the team’s brand with confidence because the last thing a football team ever does is dramatically change what it stands for and who it represents. If a team moves to a new city, takes on a foreign owner, or moves upmarket, it’s a really, really big issue and generally a last resort.

In tech, even where we have a decade of cultural history to draw upon, it’s usually included several dramatic shifts in direction and character. More tech companies get acquired or fail in five years than IPO. Sometimes it’s a last resort, but more often it’s the nature of the industry to change rapidly to seek new opportunities and technologies.

That constant change means a supporter isn’t so certain exactly which community they’re joining. They’re not so ready to wear your brand.

But they might be prepared to wear a t-shirt like Bugcrowd’s, which mainly features a tech security in-joke (“My other computer is your computer”). If you can brand the merchandise with something that relates to the community they’re part of, rather than the brand of your tech company, you’re going to see better results.

It’s not a numbers game

On the playing field of a sporting stadium, I’m sure it feels like the team with the most fans has an advantage. But remember, this is not about the team, it’s about the supporters. When trying to turn your customers into fanatic supporters, it’s not a numbers game, it’s an allegiance game. In the stadium stands, it’s the supporters of the underdog team who are most likely to shout louder, try harder, and band together in unity.

So when you’re planning your supporter merchandise, don’t be an economist — don’t decide to produce the maximum amount of merchandise at the lowest cost. Don’t keep it all in a warehouse, only bring it to trade shows, and then employ tradeshow trash to hand it out to every stranger to happens to wander by.

Tradeshow trash don’t represent your customer community. Lowest-cost scratchy Chinese cotton tees don’t make any customer feel like you care about their support. And seeing them being handed out to people who are clearly not supporters is the last straw in supporter alienation.

Instead, produce a limited quantity of high-quality merchandise. Make customers earn the right to wear it — not by tweeting about how awesome your products are but by really relating to your community — helping contribute to FAQs, helping other customers with a question, volunteering to host a customer meetup. Make other customers aspire to get one too.

Uber Melbourne, by the way, didn’t give any of us tees at the party. Maybe they knew we hadn’t earned it and hopefully it knows we’re way too cool to wear it … yet.