What teenage entrepreneurs think of the government’s higher education reforms 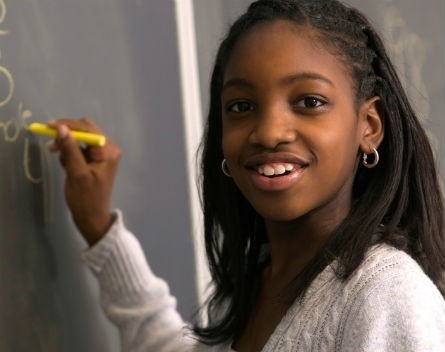 Young entrepreneurs are worried the deregulation of university fees will burden them with more debt before starting their own business. However, they are also of the view that a university degree is not necessary in order to start a tech company.

Last week Atlassian co-founder Scott Farquhar came out swinging against the government’s proposed changes to higher education, telling BRW it was unlikely he would have started his business if he had accrued $100,000 in debt.

Everyone from vice-chancellors to student unions and education experts have weighed in on the debate, but what do the next generation of entrepreneurs – the people who will be directly affected by the government’s proposed reforms – think about deregulation?

Victor Zhang is the 17-year-old co-founder of Generation Entrepreneur and is studying for his HSC in NSW. He told StartupSmart he thinks the disadvantages of university fee deregulation “outweigh advantages in the long term”.

“It will make the playing ground for entrepreneurs slightly more difficult, where upon graduation they will have larger debts upon their shoulders,” he says.

“This could likely discourage entrepreneurs from taking risks and reduce the potential of Australia’s talent.”

Zhang says while he thinks deregulation has some benefits, such as an increase in competition between universities, higher fees could mean people his age decide to study overseas which would result in a “drain of talent”.

Meanwhile Jesse Park, a year 12 student and co-founder of Bypass – an app aimed at showing users if there is someone they know at a social gathering – says he will be deterred from going to university if a degree costs too much.

“It’s an extremely narrow-minded and shallow decision,” he says.

However, not everyone thinks university fee deregulation will stop young people from gaining tertiary qualifications or prevent them from taking risks after graduating.

Hayley Guagliardo, 14, is in year 10 and has completed an internship at BlueChilli in Sydney. She is working on an online job platform for young teenagers and is thinking about studying law or engineering at uni.

“If I want to go to uni, I’d definitely go to uni regardless of the price,” she says.

“The risks I would take would probably not put me in much of a worse position [in regards to higher HECS debt]. I would still take risks.”

David Chen, 16, is working on a startup called Notestarter – a free online resource to help high school students with their assignments and exams. He thinks deregulation would improve the competitiveness of Australian universities with overseas institutions and allow for better facilities.

“I actually think this would motivate more of us to found startups,” he says.

“This would be simply due to the fact that by taking larger risks, there could be larger rewards we could reap later.”

Nathan Feiglin, the 16-year-old co-founder of online marketplace startup Salir, told StartupSmart he hasn’t decided yet whether he will study at university.

“University is not a necessity,” he says.

“Many skills required to get a startup off the ground can be learnt by actually doing something rather than sitting in a lecture theatre theorising about how to do it. Other skills, such as coding websites and mobile apps, can be learnt from a countless number of non-university sources both on and offline.”

And while Feiglin says he would rather have less debt on his shoulders than more should he study at university, he does not think higher course fees will dissuade him “more than other factors”.

“Due to the nature of HECS, I don’t think I’d be less likely to take risks.”

Education Minister Christopher Pyne introduced another university reform bill into the House of Representatives last week, before Parliament dissolved for the summer break. It will likely pass the lower house and be debated in the Senate early next year.