What these students learnt surviving the UNSW Startup Games 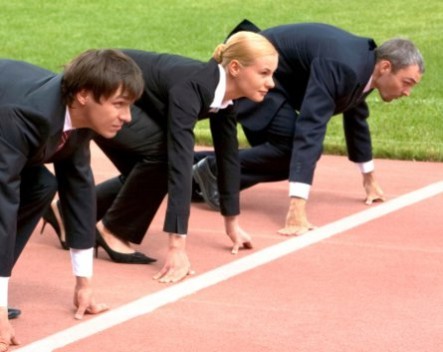 After an intense four weekend startup accelerator program, the cofounders of FoodEasy say they learnt a lot about how to make money from limited resources.

Cofounders Henry Law and Erick Supaman told StartupSmart it was unlike anything they’d done before.

“This is completely different to high school in Indonesia,” says Supaman, an international student who has been in Australia for three weeks. “I initially found it tough to sell and present Foodieasy due to the language barrier, but my cofounders have told me that I can’t learn this anywhere else in university.”

One of the eye-opening challenges was trying to make a profit with only two hours and $5. After a brief bewildered pause, the team made $38 locating and delivering library books to students around campus.

Law says intense challenges helped him realise the power of having a team that is diverse in background as well as skill sets.

“Our diversity has given us the opportunity to leverage each other’s strengths. Whilst Erick had only just arrived at university, another cofounder Varshaa is in his fifth year,” he says. “Our team comprised of members who had experience in marketing and technology-based companies including Apple and Microsoft.”

Despite being a university program, Foodieasy’s target clients were professionals so the team had to get off campus to validate their idea. Law says this process was invaluable.

“This validation served as a compass to navigate us through our startup journey, providing us with empirical data and evidence that is necessary for the decision making process.”

But the biggest lesson learned by the team over the weekend was the overwhelming importance of narrowing down your idea and sheer hard work.

“A startup is a combination of both a good idea and proper execution,” Law says. “Startups have been glamorised in media, but we learnt that in order to succeed you really need to wholeheartedly dedicate yourself to what you’re pursuing. Knowing what to do is equally as important as knowing what not to do.”

Of the 80 students who applied to be part of the program, only 28 were accepted into it after completing a series of tasks.