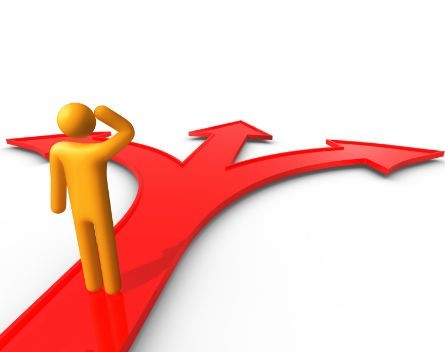 The federal government’s Intergenerational Report is receiving plenty of criticism as critics, including this writer, dissect its shortcomings and call its authors out for their failure to imagine how society and the economy will look in 2055.

While no one has a crystal ball, making projections on how government spending will look in the future without having some basis for the assumptions on revenues and expenditures in a dramatically different economy renders a document like the IGR somewhat useless.

For business owners and managers, we have to consider how society, our markets and our industries are going to change over the next few decades. Even if we intend to retire well before 2055 those trends are going to affect the sale price of our ventures and how comfortably we’ll enjoy our golden years.

The obvious is most western societies, including Australia’s, are going to be older. This has a number of consequences, particularly with the retirement age.

In 1909 the old age pension was introduced in Australia with eligibility starting at 65 for men and 60 for women. At the time, life expectancy was 55 years for men and 59 for women.

Quite clearly the superannuation assumptions of being able to get a tax free pot of gold at 60 are doomed. Few people will get enough from their lump sum to see themselves through 20 years of retirement.

That throws them back on to the state. Given these numbers it’s clear the eligibility age for the pension is going to have to be increased.

One of the differences between 1909 and today is that we’re far healthier. A 50-something today is generally in better shape than a 30-year-old of their grandparents’ time.

Coupling that with the changing nature of work, when most workers of a century ago were employed in exacting physical labour, today’s employees are far more likely to be sitting on a computer. This means the working life can be extended.

This means the nature of medical treatment is going to change, a lot more is going to be spent on early identification and intervention of chronic and debilitating conditions.

While the workforce is going to get older, it’s also going to become more precarious. This is already clear in the long-term trends since the 1980s, and with the rise of ‘collaborative economy’ businesses like O-Desk, Mechanical Turk and Airtasker, we can see jobs becoming more casualised.

Today’s children will not have a steady career path and governments have to plan for extended periods of unemployment. This too affects the participation rate and the levels of household spending.

A precarious income also means workers are less likely to take on large debt commitments. This trend is already apparent and is the main reason why companies with a 1960s consumer spending model are struggling in the economy of 2015.

The Australian middle-class model that depends upon highly indebted householders paying down mortgages is likely to be unpopular by the middle of the century as people will be reluctant to take out a huge loan to buy a property when their medium-term job prospects are uncertain.

This one aspect is where the Australia government projections go badly awry. It’s understandable not to consider this given the political poison of telling the population their assumed property gains aren’t going to happen, but it damns the IGR to failure.

A society with lower levels of property ownership means a dramatic shift in the tax mix and government expenditures. Assuming that today’s normal will also be tomorrow’s is very risky.

The technologies themselves are changing the revenue and expenditure streams for government, just rolling out driverless vehicles might eliminate the need for half of the US police force while reduced registration fees, taxes and fines will hit state and local government budgets.

Similarly the global nature of digital businesses is going to challenge governments as the locations of where work is done, goods are delivered and profits made becomes less certain. Right now tax officials are struggling with the revenues of multinationals but increasingly smaller companies will present the same problems.

The other changing aspect of work is going to be its composition, just as a hundred years ago nearly half the workers in western countries were in agriculture – a number that’s below one in twenty today – we can expect changes in employment sectors as robots and algorithms take over many of today’s jobs.

All of this means a very different society and workforce to today’s. While it’s difficult to envision what it looks like from here, just as the current economy was almost unimaginable in 1975, it’s necessary to give some thoughts on the shifts to make informed policy choices rather than the opportunistic populism displayed by most of today’s political leaders.

So how do you see the economy of 2055 looking? Where are governments going to raise their money from and how do you see your industry evolving? I’d be interested to hear what you see in the crystal ball.