What’s the big idea?: The nine most startling startups from YC Demo Day 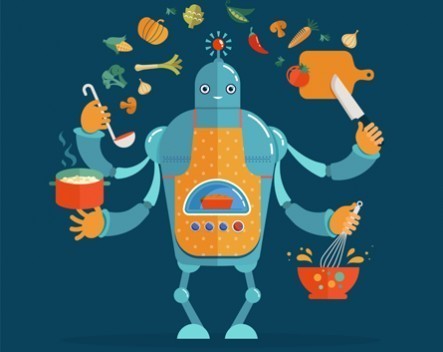 As usual, there was a wide range of weird and wonderful creations on show, from a sandwich robot to a financial service for the cannabis industry.

Here are the nine startups we thought were the most intriguing and eccentric startup ideas from YC’s two demo days.

A car battery that never lets you down

In welcome news for anyone who has been left stranded after their car battery has run out, Ohm is finally updating the old car battery.

It’s offering a smaller, smarter and more efficient battery that can automatically turn itself off before it runs out if you happen to leave the lights on.

A cafe on wheels

Imagine owning your own cafe that you could bring to the train station during the morning peak hour rush or position outside the MCG or some other stadium before a big game.

Wheelys Café wants you to do this with its full-service cafe on a bike, giving baristas mobility and removing the need to pay expensive rent.

A Wheelys cafe will set you back $US$3000 and comes equipped with running water, three burners, cold storage and an electric engine to help you get up those steep hills.

Picture a coffee or food van but, you know, on two wheels.

Energy for off-grid houses in Africa

For $6 per month, solar panels can be installed that allows for the charging of things like phones, and maintenance is provided with that fee.

A showerhead that uses 70% less water

Nebia wants you to feel the “embrace of water”.

Don’t let the slightly creepy wording put you off, with the newly designed showerhead reducing water usage by 70% by creating millions of tiny droplets with a surface area that’s ten times larger than a normal shower stream.

Nebia has already raised over US$2 million on Kickstarter, and has been backed by Apple head honcho Tim Cook.

It seems like all of humankind’s technological progress has been leading up to this: a robot that automatically makes you a sandwich with all your favourite spreads.

BistroBOT can include hummus, Nutella or peanut butter at the moment, and claims to be able to make 300 sandwiches in an hour, which seems reasonably impressive to us.

A scale that gives you a full-body scan

As a way to measure fitness progression, ShapeScale scans your entire body and looks for changes in your shape.

It gives an overview of your body shape, weight, body fat, regional muscle growth and fat loss, which seems a tad daunting, but is meant to allow you to set goals and see your progress.

The scale creates a 3D avatar of your body and you can view the insights via an app.

Charge your phone through the air

Supply pitched a wireless charger that can recharge a phone within a 1.5 metre range.

So you can without the annoying cord that seems to be constantly tangled up, by using smart antennas similar to what you’d find in a wireless router.

A way to diversify job recruitment

Jopwell presented a diverse pipeline to help underrepresented members of the community gain employment, and ensure companies have a diverse set of employees.

Over 6000 people are already using it, and they self-identify as women or ethnic minorities and are then connected with companies that are looking to hire.

A way to watch coding live

LiveCoding TV is exactly what it sounds like – a platform to livestream programmers going about their work.

It’s meant for engineers who want to learn from the best, and was pitched as the Twitch of coding.