The four hardest areas to launch a startup 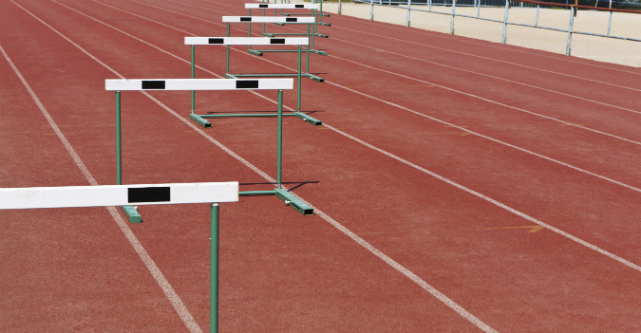 The nature of your market, your business model and the competitive landscape can make success seem like an uphill battle. While often the biggest challenges yield the greatest rewards, sometimes the potential for your startup is far outmatched by the hurdles in your way.

If you’re lacking a secret weapon or a big bankroll, it might be best to break ground elsewhere.

Many startups simply provide the platform where user interactions take place. People that use social networks, for example, engage almost entirely with other users rather than content created by the company itself.

Incumbents running two-sided markets benefit from similar network effects. Any newcomers to these markets will have a very difficult time enticing users away from competitors’ platforms. Users looking to buy and sell goods on a two sided market want access to as many people as possible and users of social platforms look to communicate with specific people that have already been locked down.

Even in the lucky case where no clear competitor exists for your target niche, attracting your first users is a classic chicken and egg problem. Of course, if you do manage to claw your way to the top you’ll be rewarded with a very defensible user base, allowing you to monetise more freely.

Two developers with a garage and $20,000 in seed funding will have a difficult time innovating in pharmaceuticals, and for good reason. Certain industries have more regulatory overhead than others and therefore pose greater difficulties to newcomers.

Along with general healthcare, financial institutions and construction companies also present significant hurdles. Some industries also see a degree of regulatory capture, leading to the cpnstruction of barriers outside the public interest. In some of these cases, as proved by Uber and Airbnb, skirting these laws has paid off—though I wouldn’t necessarily endorse that strategy.

What separates a startup from a local sandwich shop is the startup can address the needs of a much larger audience at little additional cost. Startups are scalable in a way that ordinary businesses aren’t, which lets them try to achieve greater aspirations.

If your audience is restricted geographically or if your marginal supply costs don’t diminish as you grow, your prospects will be severely curtailed. This isn’t to say that non-scalable activities aren’t worth your time at the beginning—they can be a great way to get some early validation.

On top of this, as most early stage startups have limited access to cash the sheer amount of upfront investment required in some industries prohibits them from participating. Any large-scale manufacturing, energy production or transportation ventures would likely be out of reach of all but the most well-funded startups.

The first customers of any consumer-facing startup are invariably the founders’ family and friends. Building word of mouth from there is important in nearly every business but is a crucial part of anything outwardly facing, where traditional marketing channels are saturated and expensive.

You may have the best product out there, but if it’s a fungal treatment, a sex toy, or adult diapers, it’s unlikely to get the buzz it deserves. It’s of course possible to get everyone talking by going too far—just look at how quickly Ashley Madison got its fame.

But getting there still took enough money to run ads in the Super Bowl. These dating apps confound this problem with another one: the customers you attract are less likely to be a valuable dating prospect to someone else. Even if you do successfully play match-maker, all you’ve done is increase your churn rate.

Other businesses that suffer from adverse selection include insurance providers and any platform that has ever been considered part of the “gig economy”.