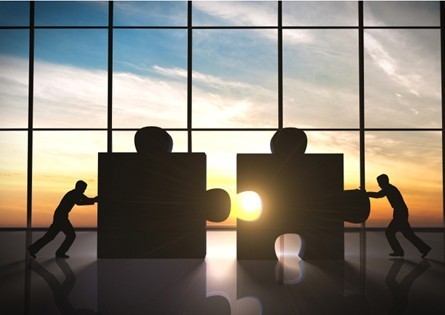 Just as Malcolm Turnbull’s leadership has breathed new life into the federal government, it has also led to renewed confidence and activity in mergers and acquisitions.

Australia’s economic fundamentals have not necessarily improved since Turnbull became prime minister, in fact they have arguably worsened, but Turnbull’s ascension and early signs of his agenda on tax reform and innovation have resulted in the sort of stability and optimism that M&A markets have been crying out for.

After a slow third quarter for middle market M&A activity, 2015 ended strong, and Pitcher Partners is expecting a strong first quarter in 2016 off the back of increased confidence in the government’s agenda and direction.

This has been coupled with the stabilisation of Australia’s currency at around 70 US cents, allowing for increased certainty and stability for businesses looking for acquisition opportunities in late 2015 and into early 2016. With our currency finally unlikely to fall any further, foreign investors can at least have a clearer indication of value and generation of future revenue when contemplating M&A activity.

We also expect the government’s National Innovation and Science Agenda (NISA) will further bolster confidence. The NISA is an important codification of the government’s support for risk-taking, innovative and acquisitive behaviour, and it signifies a rebalancing of the Australian economy away from traditional industries like mining and manufacturing into more intangible knowledge-based sectors.

Anecdotally, Pitcher Partners is seeing an increased level of approaches by middle market firms who have received unsolicited acquisition offers in the last quarter. And our Baker Tilly corporate finance summit earlier in December confirmed that 2015 has been the best year for M&A activity in the Asia Pacific region since pre-GFC levels in 2007. Pleasingly, 2016 looks set to continue that trend.

Strong merger markets in Asia Pacific is also good news for inbound M&A. The Australian middle market is often the entry point for foreign investors looking to expand, offering great value, agility and adaptability over larger businesses for foreign corporates who are testing the waters in Australia. The China-Australia Free Trade Agreement will have a large impact on driving M&A activity in the Australian agribusiness and infrastructure sectors.

For businesses that are looking to become the subject of an acquisition offer, now is a good time to test the market.

It’s critical that sell-side enterprises get their business and earnings in hand now; waiting to receive the offer to take action will mean that many enterprises will miss the boat when it comes to maximising the value of their business to a potential acquirer. Sell-side firms need to institute succession plans, demonstrate innovation, and focus on ensuring long-term economic value as well as bottom line growth.

And for buy-side firms, now’s the time to put in place an M&A strategy that allows for identification and benchmarking of targets and opportunities in order to move quickly when these opportunities do arise.

For all middle market firms, whether buying or selling, now is the time to think clearly about what you want to achieve heading into 2016.

In light of the Mid-Year Economic and Fiscal Outlook (MYEFO), released in December, it’s also worth considering what increased M&A activity means for the economy more broadly. MYEFO showed us the economy continues to be plagued by underlying structural issues driven by the decline in mining and resources. The impact on government revenue has been dire, with deficit forecasts over the forward estimates having increased again.

At a basic level, M&A activity puts dollars into the economy. But perhaps even more importantly, no-one buys a business just to sit on it. New owners come in with a plan for growth, which means more jobs, more products and services, and more innovation.

It’s about making one plus one equal more than two.

The government has signalled that it’s willing to make an investment in growing new industries, encouraging a risk-taking culture, and supporting innovative thinking. Now is the time for M&A minded firms to take advantage of that, setting Australia up for a new, brighter era of jobs and growth, prosperity and wealth.

Michael Sonego is a corporate finance partner at Pitcher Partners.