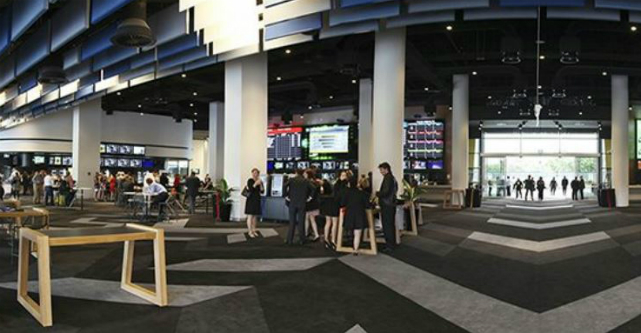 It was the ultimate coup: On the steps of the Sydney Town Hall, with a beaming smile on his face, Victorian minister for innovation Philip Dalidakis announced that Melbourne had stolen Australia’s biggest startup conference from its arch rival.

Contributing  $1 million in funding and in-kind marketing, the Victorian government poached the Freelancer-run SydStart conference from under Sydney’s nose, with CEO Matt Barrie quickly announcing a rebrand to StartCon.

But it wasn’t to be.

Announced on Thursday, StartCon will be taking place in November at the Royal Randwick Racecourse – yes, back in Sydney.

Ultimately it proved too difficult to relocate the conference to another city in just one year, StartCon director Cheryl Mack says.

“We were a little bit too ambitious in trying to do Melbourne in 2016,” Mack tells StartupSmart.

“We need time to build a high quality network of startups in Melbourne as we did in Sydney. We’ll run the conference there once we’ve built that and we’re targeting 2017.”

Mack says the $1 million in government funding will be put on hold until the event is officially moved and the organisation is still “in constant contact” with the state government.

“We’re still working with them to make sure it’s the best event it can be,” she says.

A spokesperson for the state government tells  StartupSmart they expect StartCon to be held in Melbourne next year.

“The contractual negotiations to host StartCon in Melbourne are continuing and while the negotiations have not progressed as quickly as we would have liked we are committed to supporting the startup ecosystem, here and across Australia,” the spokesperson says.

“For this reason we are comfortable with the conference being held at the Royal Randwick Racecourse this year – it’s better that the 2016 conference go ahead rather than be delayed and support no one.

“We look forward to finalising details for StartCon to debut in Melbourne in 2017 and echo Freelancer CEO Matt Barrie’s sentiments that the move will be exciting and one that will help grow the conference to be bigger and better.”

Freelancer CEO Matt Barrie says the conference has been running in Sydney since it was founded in 2009.

“Our roots are in Sydney and we cannot ignore that,” Barrie says.

“We’re going to focus on giving Sydney and Australia an even better conference and look at doing more cities in 2017.”

The lineup is yet to be revealed but early bird tickets to StartCon 2017 are already available.

The first round of speakers will be announced in the coming weeks and Mack says these will include “a lot of big names”.