Why Australia’s not as expensive as you hear 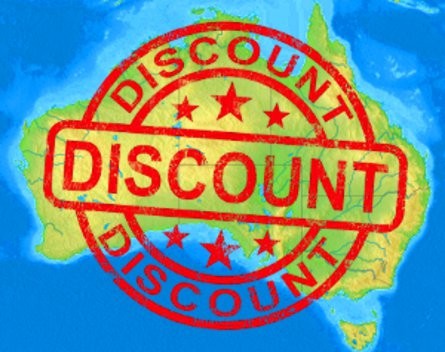 On Wednesday, the Australian Bureau of Statistics released the latest update on its quarterly inflation gauge, the consumer price index.

Consumer Price Index figures tend to overestimate inflation because they assume people keep buying the same thing in the same quantities even as it gets more expensive. But no one’s got much incentive to do that this year. Inflation’s only risen 2.4% all up, and has slowed to 0.4% this quarter.

The Reserve Bank of Australia aims for an inflation figure between 2-3%, which means we’re comfortably in the safe zone.

You wouldn’t know that from some of the headlines we’ve read.

A report released by Deutsche Bank got a wide run in the media this week. It showed, supposedly, that Australia was the equal most-expensive developed country in the world (tied with Japan).

It’s not the first such report to show this. Only last month, the Economist Intelligence Unit said Sydney was the third most expensive city in the world, and Melbourne the fifth.

But don’t believe the headlines. There’s something profoundly disingenuous about the way these indexes are reported on.

They’re intended to be useful for multinational corporations thinking about where it’s cheapest to send their staff. A large company expanding into Belgium, for example, wants to know how much it’ll have to cough up to set up an executive in relative comfort there.

Such surveys don’t take into account average wages in Australia, which determine whether or not people afford the high prices. They just take the price of various things, convert to US dollars, and compare. It’s not a complicated or nuanced analysis – you could do it in a few hours if you wanted to. But given the way journalists report on these things, it’s free publicity, so hey, why not.

With a high Australian dollar, it’s no wonder Australian goods come up expensive on such surveys.

I’m not saying these surveys are useless. For multinational corporations typically earning money in American dollars anyway, they serve a purpose.

But they mean nothing to Australians who live and earn in Australian dollars.

The only reason we’re more expensive than other countries is because we have more money: our economy is at its long-run average and our currency is near record highs. Unemployment is low, as are interest rates. We can afford to spend a bit more, and we do. And our high currency, while it makes things more expensive for multinationals expanding here and gives our exporters some grief, actually makes things cheaper for us to buy things off the internet, and so helps keep inflation down.

If you were in the United States, the cheapest place in the developed world according to Deutsche Bank, your business would be struggling, if you’re not entirely out of work. But, yes, food and accommodation would be cheaper.

Australia’s not expensive for us. And it isn’t getting that way either.