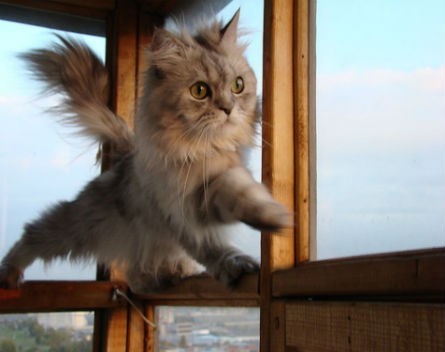 The other day, your loyal correspondent sat back in a leather recliner, brandy old-fashioned in hand, after a long day spent toiling in Taskmaster Towers.

There was nothing on the commercial channels. The eight-cents-a-day we all spend on the ABC was enough to buy a Stephen Fry marathon, with back-to-back-to-back-to-back episodes of Qi. Foxtel was, in the immortal words of Bruce Springsteen, quite literally 57 channels with nothing on.

While Old Taskmaster in no way endorses copyright infringement, hypothetically if yours truly did attempt to download shows on BitTorrent they all would have somehow managed to error out. Oh, the joys of a flaky internet connection and a router on the blink.

Anyways, this left precisely one channel to watch on the interwebs: Channel YouTube. On the upside, there’s something rather marvellous about a service that lets you watch almost any song from any concert or music video on demand at any time.

The only annoying thing? The ads. Especially the blasted ones where it plays the first five seconds before it lets you skip.

And here’s another observation: Every single ad was either about life insurance or cat food. The ads were becoming as repetitive as a Stephen Fry TV marathon. This, despite the fact yours truly doesn’t even own a cat.

In fact, being a dog lover, yours truly can’t stand those flea-infested feline fluffballs Nothing against you cat owners, but your companion animals of choice have all the loyalty of a Labor Party caucus — unlike the unquestioning obedience of a dog. Now, aren’t Google supposed to be the all-knowing ancient masters of targeted advertising?

Well, after some digging, the cause of this cat-astrophe was uncovered. It turns out that Google maintains a hidden ad settings page that lists the things it thinks you’re interested in based on its years of collecting your personal search data.

Aside from age and gender (the fact Google does feature gender-based behaviour is potentially problematic – but that’s a whole other discussion), the page also lists all your interests and where it gleaned the info from (for example, website visits or YouTube).

It turns out Google thinks Old Taskmaster is actually a significantly older Taskmaster – by a couple of age brackets. Listed interests include “Accounting & Auditing” (as an aside, outside Scientology circles, is being “audited” an interest?) “Retirement & Oensions” – and “Cats”.

Meanwhile, for all that location tracking in Android, Google decided to list Taskmaster’s location of interest as being “Wisconsin”! As in the Midwestern US state! The one on the other side of the planet from Parts Unknown!

It was then that your humble correspondent was filled with a deep sense of dread and suspicion– the kind a bloodhound gets when it fears it’s being watched. Retirement? Pensions? Pets? Cat videos? Wisconsin? Soon the pieces of the puzzle came together.

Despite all its data and algorithms devised by some of the greatest mathematicians on Earth (or at least the world’s greatest white male mathematicians anyway), Google had somehow concluded the Taskmaster was really a crazy old cat lady from Wisconsin!

That said, this catty tale holds an important lesson about big data. It turns out, even in the best analytics, there is still a margin for error.

Now excuse me, it’s time to go down to the drugstore in Milwaukee to buy some cat food – before the Green Bay Packers’ NFL game starts!