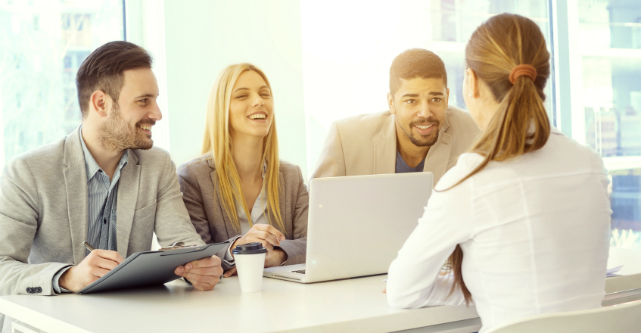 It doesn’t matter if you have the most talented developer or sales person, if they can’t play well with others, you’ll ruin your culture fast.

Everyone has experienced the super talented person that somehow constantly causes a tornado of bad morale and conflict (“rockstars”) and also worked with humble talented folks that thrive on working with others (“studio musicians”).

However finding the difference between the two is not as easy as possible.

What follows is my experience after conducting over 1000 interviews, hiring hundreds of people and making plenty of mistakes along the way.

I didn’t expect that

A few years ago, I was trying to hire a sales managers for one of our teams at Appster. We’d spent a few months going through interviews and were down to the final few interviews.

One of the candidates, let’s call him Gary, was my favourite candidates and had just nailed a great interview. I mean really great, to the point where I wanted him to join yesterday with a red carpet rollout for his first day.

Gary had explained his impressive experience turning weak teams into market leaders, how he had beat almost every sales target he’d ever been set and signed record deals in his account. It seemed he was polite and articulate, a great culture fit.

However, 10 minutes after he’d left my opinion had completely reversed.

After speaking to our receptionist, it turned out our superstar candidate had talked down to her, demanded she charge his phone and stormed around like a rascal before transforming into the model gentlemen for the interview. Thankfully, we dodged a bullet on that one.

Primarily this lack of “culture fit” is caused because most interviewing (including our own) focuses on somebody’s experience doing the work, but often the identification of whether somebody is a “team player” is left to gut feeling.

After interviewing 1000 plus people, I never never really had a good answer to how to figure this out. Are they chirpy and a people person? Do they have the right handshake? Do they have some experience?

In The Ideal Team Player by Patrick Lencioni, the author argues that founders can identify people who can work well in teams by whether they were humble, hungry and smart (‘emotionally intelligent’).

Sometimes when somebody looks really great in their interview and they come to join you’ll be amazed at their lack of hustle.

You’ll notice they don’t want to really own problems, things “aren’t their job” and they aren’t really focused on continual and never ending improvement.

It always often comes down to a lack of hunger.

However, I highlight this as hunger is critical in early stage startups because the odds are so against you from day one and you have zero momentum. The antidote to that is somebody who has something to prove.

You can find if somebody is hungry by finding out:

Nobody likes an ego maniac, however there are too many of these “rockstars” in our industry and the affect they have on a team is brutal.

Egomaniacs get offended when things aren’t all about them and will often cause interpersonal issues in their teams. If they are managers, you’ll notice your best people suddenly become resentful.

That’s why it’s critical to make sure everyone who joins your company is humble. They are often self depreciating and are willing to give credit to everyone besides themselves for achievements.

It’s important to not confuse being humble with not having self confident, somebody who lacks the self confidence may come across as humble but will rob the team of their contributions if they don’t believe they can contribute.

In the last few months, I was trying to find a chief architect for Appster.

This is a very difficult position to fill because the level of skill required often requires 10-20 years of experience and mobile skills are incredibly difficult to secure in the market. Many of the best candidates had offers from Google through to many large VC backed companies.

We had just a few candidates.

One of my “must haves” for the role was to make sure they were humble. I asked both to take a development test that all our developers have to take to be hired at Appster. One felt it was below him and declined. The other thought it was a great idea.

This was an instant filter.

Some other things that will help you tell if somebody is humble:

Recently I spoke to a very successful entrepreneur and while reflecting on how he’d build a culture of great customer service in his firm, he told me he cared more about emotional intelligence over IQ because it’s something that can be improved.

People who are emotionally intelligent are aware of their own emotions and the emotions of other people, and how they impact both.

I’m always amazed when somebody at Appster comes to me upset about how they’ve been treated by another staff member. When we put them in the same room to give each other feedback, the majority of the time the other person is totally unaware they’ve had this impact on the other person.

Nobody is perfect here, but the more self-aware somebody is the better they will work in your company.

You’ll want to check the following:

A team that can survive the bad days

Every company has bad days.

But the difference between companies that can survive through the hurdles that come along during building and scaling a company and execute is the relationship between teams.

If you get that right, it makes a huge difference.