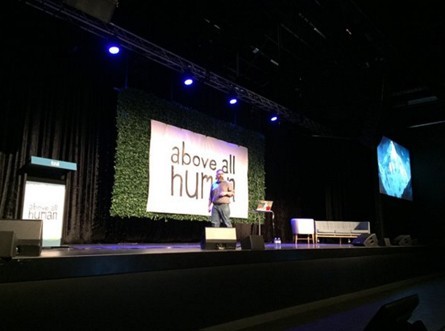 Speaking at the Above All Human conference in Melbourne on Friday, the founder of leading San Francisco studio Mule Design implored those in attendance to harness their skills towards global good.

He said the existing demographic of startups lacks diversity and caters to a small part of humanity.

“They’re solving problems for the top 5% of the population,” Monteiro said.

Monteiro said the spike in startups offering solutions like cheaper cleaners and drivers come from a “frat-boy” perspective and lack deeper innovation.

He encourages innovators and designers to tackle greater social problems, such as equal rights, homelessness, global warming and gun violence.

“I need you to be advocates for good design,” Monteiro said.

While not all entrepreneurs in the room will succeed, White said some may very well go on to become large and successful.

In an example of how innovation can be used for good, Medecins Sans Frontieres Australia president Stewart Condon discussed how it has helped their teams execute humanitarian projects in conflict and disease-stricken areas around the world.

He highlighted the development of therapeutic food, allowing mothers to access and treat their children for starvation outside health centres. The creation of inflatable tents has revolutionised the way the organisation builds makeshift hospitals with operation theatres when crisis strikes.

“We showed we could challenge the current model,” Condon said.

Monteiro says he doesn’t hate startups at all but encouraged them to think about the needs of more than just a few.

“I hope you do your work ethically and honourably,” he said.