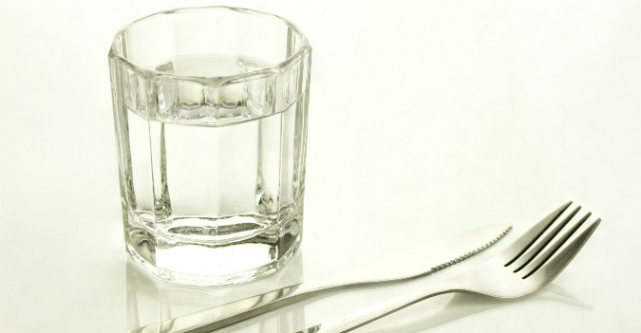 A Silicon Valley startup has introduced 32 hour long group fasting as a way for its employees to boost working capacity. The company, Nootrobox, produces ‘smart drugs’ known as nootropics, and employees there don’t eat a bite from Monday nights through to Wednesday mornings.

As reported by Mercury News, the startup’s employees all enjoy a large breakfast on the Wednesday morning, having worked on empty stomachs for the entirety of Tuesday.

It’s is part of a trend sweeping the US where companies and employees are attempting biohacking – modifying your cognitive functions through methods such as fasting to increase brainpower. In a world of innovation and disruption, workers are trying to get every edge they can.

Fasting has been proven to aid with weight loss, with the 5:2 diet gaining a large amount of popularity recently. In the 5:2 diet, dieters spend two days a week eating 500 calories or less and then eat normally the rest of the week.

But that’s still not on the level of the Nootrobox crew.

By fasting, Woo and his team hope to get their bodies into a state of ketosis, which is where the body burns fat instead of carbohydrates. Ketosis has been shown to affect the brain in various ways, but there is no scientific proof that it helps cognitive functions.

Fasting isn’t for everyone, as Yan Zhu, an employee of a separate company who joins Nootrobox for their breakfasts, told Mercury News, it is “endless suffering and wanting to die.”

Nootropics is an area that is picking up steam in the U.S., as many workers in startups and high-pressure work environments are turning to varying smart drugs to improve performance. Some workers even go as far as taking tiny hits of illegal hallucinogens such as LSD, claiming it helps “visualise creative solutions to work-related problems”.

“There’s this big trend on wellness and health in the workplace, you see a lot of workplaces introduce standing desks and standing meetings. This fasting thing though, it seems quite extreme,” Watts says.

Watts says he doesn’t believe companies would be able to force their employees to fast, saying that most workplace health initiatives require a mutual understanding.

“I’m not sure that fasting really has a mutual benefit for your employees. It might be a bit far down the line to what’s reasonable,” he says.

“Businesses should know that they can change the work environment, but you can’t always force your employees to join in.”

Watts says his team has recently began a number of workplace health initiatives, and says that its becoming much more popular in Australia.

“It’s flowing down from the US, where it’s a big thing. Many bigger firms offer things like gym memberships, but self-motivating initiatives are much more successful,” Watts says.

“We’ve introduced standing meetings and even walking meetings, and its important to educate your workers on health and encourage health in the workplace.”

SmartCompany contacted Nootrobox but did not receive a response prior to publication.