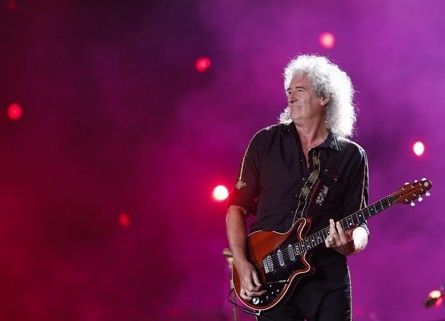 “It’s like The Beatles and Queen,” the Starfish Ventures co-founder tells StartupSmart.

“The thing that made them terrific is they questioned each other.”

The ability to listen is just one thing Dyson looks for when contemplating whether to back a startup, and he says entrepreneurs should balance it with a steadfast belief in their concept.

In his 20 years’ experience, Dyson says it’s those who are most confident in their businesses that are the surest bet for a venture capitalist.

“Any barrier that appears in their way, they’re going to crash through it,” he says.

In fact, Dyson says it’s the people, not the idea, which makes or breaks a business, and venture capitalists should focus more on who they back.

He also says it’s also important for entrepreneurs and venture capitalists to have similar values, comparing the investor-investee relationship to a marriage.

“You only want to get married once, because once you get married, it’s bloody hard to get divorced,” Dyson says.

DesignCrowd founder and CEO Alec Lynch, whose company was backed by Starfish, agrees, saying venture capitalists work closely with a startup after investment, so the match has to be a good fit.

“It can’t just be about the capital,” he says.

“If it is, that can make it difficult down the track for the entrepreneur and the investor.”

Dyson says this isn’t always easy because entrepreneurs are typically very intelligent people who might not like having their ideas challenged.

But that’s when people should call on their inner John Lennon or Freddie Mercury and consider new ideas.

One way Starfish- backed startups receive feedback is at the company’s annual limited partner day, where selected businesses present a progress report to their financiers as well as other entrepreneurs.

Lynch has presented at a number of these days, and says the process has helped DesignCrowd.

“Presenting your results every year as you’re growing from a business in a garage to something you might want to be publically listed makes you accountable,” he says.

And for entrepreneurs, finding the right venture capitalist and having clear lines of communications with them is critical.

“As an entrepreneur that’s venture-backed, you want to have happy investors,” Lynch says.