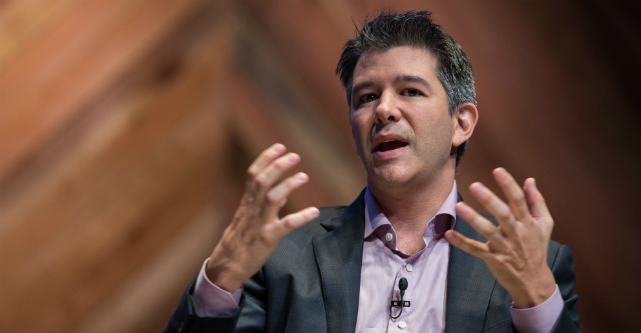 Didi, the Chinese ride-sharing service, did more than run the American ride service, Uber, out of China. In my view, it destroyed the China El Dorado myth.

The El Dorado (“the golden one”) myth referred to a supposed city of gold somewhere in Latin America. Spanish explorers went looking for wealth for Spain and rewards for themselves.

Similarly, the China myth attracted Western CEOs to the country, looking for something as valuable to them as gold: corporate growth and job security.

The Spanish explorers returned home disappointed. So have the CEOs.

Over a long career as a researcher on entrepreneurship, startup investor and corporate advisor, I have encountered myths like this one many times. Such myths often guide – and mislead – CEOs and their boards.

So where did the China myth come from?

In part, the myth is based on observable facts.

China has a growing population and a growing middle class of consumers. The Chinese government has become more open, at least when it comes to letting citizens enjoy consumer goods. China has huge infrastructure needs.

And like most myths, it’s based not only on facts but also hope.

Many large Western companies have little hope of growing much in their established markets. Population growth in the U.S. and Europe will trail China’s growth for the next two decades. Easy money and low or even negative interest rates haven’t spurred growth. Slow growth is a problem because when a company’s growth rate drops, its stock price falls. When its stock price falls, its CEO gets fired.

That’s what makes the China El Dorado myth important. The myth has rescued imperiled and even incompetent CEOs, if not their companies. General Motors CEO Rick Wagoner, for example, pinned the company’s hopes on expanding in China. In 2003, he said: “We are going to scheme every way we can to do this the most quickly.” Five years later the company went into bankruptcy.

If a CEO sold shareholders the idea that the company would eventually enjoy huge growth in China, the stock price stayed up and the CEO kept his or her job.

History makes it a hard sell

It wasn’t an easy sell.

Previously, companies had sold shareholders on the idea that Latin America, Russia and India were all growth markets. But the companies didn’t get much growth. Instead, they got bad debts, had their property confiscated and were fined for violating the Foreign Corrupt Practices Act, a seemingly unavoidable expense of doing business in those places.

Even though history made the China myth a hard sell, it was worth trying because the myth had helpful features. China required patience – maybe decades of patience.

Could there be a more convenient myth for CEOs? You get to lose money for years. You can’t be expected to show results for a long time.

That’s a hard lesson learned for Yahoo CEO Marissa Mayer, who didn’t invoke the China myth. During her four years at the helm, she was unable to produce much growth. She was hoping for three more to keep trying. She didn’t get them and was forced to put the company up for sale (Verizon just announced plans to buy it). If she had sold her investors on the China myth, she might have gotten an extra decade.

Uber did everything right

Unfortunately for CEOs, Uber just destroyed the China myth. It destroyed it by doing nearly everything right.

It learned the Chinese ways, even calling itself “People’s Uber.” It emphasized socialist rhetoric, not capitalist profit-making. It courted Party officials.

It lost a reported US$2 billion, not stupidly, but as an investment – subsidizing driver incomes and passenger fares to build its business. It didn’t act like an arrogant Western multinational that stuck to its “superior” Western way of doing business. It was a case study of how to adapt to the Chinese market and culture.

If anyone could and should have succeeded in China, it was Uber. But it failed. It finally cut its losses by selling its China operation to Didi for a stake in the Chinese company that might end up being Uber’s most valuable asset, the way the stake in Alibaba became Yahoo’s most valuable asset.

Doing everything right didn’t matter. What mattered is that Uber is not Chinese.

China wants to build Chinese champions that can become global champions. If you are in an industry that China deems important, you can operate there if you train Chinese people to take over the business.

Uber is the company that destroyed the myth that you can grow huge in China without being Chinese.

The Uber story can’t be framed either of those ways. Uber handled itself well – it acted better in China than it often acts in the U.S. In the U.S., Uber went to war with regulators and had often rocky relationships with its drivers. Its problem was that the Chinese government wanted a Chinese champion in the ride-sharing industry.

Giving up on gold

That is not an indictment of China.

The reality is simply that China looks out for China and Chinese companies, unlike the U.S. government, which is more often seen by business as a source of regulation, prosecution, fines and a tax regime that puts their companies at a global disadvantage.

That requires a mindset adjustment for American CEOs in terms of how they need to think about their dealings with Chinese companies.

As such, Uber’s experience offers a few lessons. Uber in China taught us that most Western companies, even if they do things right, cannot count on China for growth.

It taught us that shareholders should be skeptical of CEOs who tout their company’s growth prospects in China. More surprisingly, it taught us that Uber can be diplomatic when it wants to be.

Centuries ago, Spanish explorers crossed an ocean in search of a city of gold. Most of them found little gold and gave up on finding a city that was just a myth.

CEOs crossed an ocean in search of growth. Most of them found little of it. It is time to ask whether China as the growth engine for Western companies is just another myth.

Erik Gordon is a clinical assistant professor at the University of Michigan.