Why we need to save the Chief Operating Officer 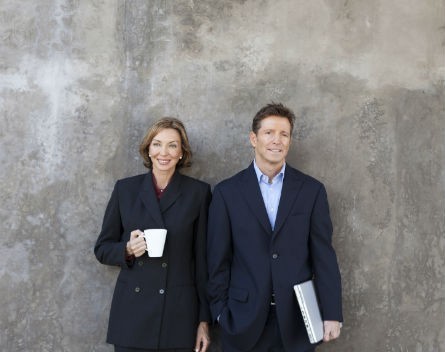 The Chief Operating Officer (or COO) is a dying breed in today’s corporate environment. Since 2000, the number of large US firms with COOs has declined from 48% to 35%. Over the past few years, there have been many prominent examples of the “vanishing COO”, from Apple, to Twitter, to McDonalds and Tiffany.

Only this month, the COO of the $285 billion business Fidelity Worldwide Investment left after the group decided the role was no longer necessary.

But if we’re to understand what’s driving this phenomenon, and how it’s going to impact the corporate sector, we must first understand the role of the COO. While there are “famous” Chief Executive Officers (CEOs) – some with infamous nicknames; take “Neutron Jack” Welch or “Fred the Shred” Goodwin, for example – this is less the case with COOs.

For some, COOs are seen as a way of blocking access to CEOs. But more often, they are seen as “riding shotgun” or “second in command”. In such positions, mutual trust is critical to successfully execute strategy and oversee operations.

There are a number of ways of thinking about the role of the COO, in relation to the CEO. For instance, some research characterises COOs as executors, change agents, mentors, other halves, partners, heirs apparent, or valuable players which a company wishes to retain.

It’s possible to expand on these characteristics a little further. When COOs are appointed as mentors, they may have little hands-on experience within the industry: rather, they are hired for their leadership skills. The COO canprovide a much-needed “overview” of the company, and enable cooperation between board members.

The role can also be used as a stepping-stone to CEO. For example Adobes’s Shantanu Narayen graduated from COO to CEO in 2007, as did Apple’s Tim Cook in 2011 and more recently Pamela Nicholson of Enterprise (Rent-a-Car) Holdings in 2013. Indeed, of the 96 companies in the 2010 Fortune 1000 which replaced CEOs, nearly one-half promoted their COO. And by appointing directors to the role of COO, companies can lock-in valuable internal talent, which might otherwise be poached by competitors.

With COOs making all of these valuable contributions, their decline is somewhat surprising. Perhaps it’s due to companies’ efforts to eliminate hierarchy and control the costs of an extra layer of management. Perhaps as the COO role evolves the incumbent cannot. For instance, in the West, businesses are becoming more focused and less diversified, while technology is allowing vastly superior communication, coordination and control within businesses.

Research suggests that the decline could be due to improvements in the management capacity of CEOs, or changes to succession planning, made to encourage a breadth of talent.

But I would argue that the long and short-term risks of removing COOs outweigh these possible benefits. In the short term, ousting the COO drags the CEO into operational conflicts and resource allocation issues, which reduces the speed and agility of their decision making. It can also mean that other leaders in the business miss connections and opportunities for collaboration, and that accountability and discipline to execute strategy are diminished. Over the long term, abolishing the role of the COO can disrupt leadership continuity, leading to loss of organisational “memory” and history within the company.

In fact, it may be that there is not less but more need for COOs. Considering the widening of the CEO role, succession planning and talent retention as well as growing complexity of the challenges of doing business. Interestingly, Xerox Services has several COOs, at least five, across each of its businesses. Large Asian companies – particularly in Japan and Korea – are not becoming simpler, but remaining as diversified and complex conglomerates with inter-locking businesses.

The “business of business” is becoming more complex and demanding, with increasing amounts of regulation and litigation to be navigated. Without the COO to lend a hand, the CEO may otherwise be overwhelmed with operational details and minutiae, which fall outside the remit of the role. Long live the COO.