Why you need to sign a co-founder agreement: “It can save you from failure” 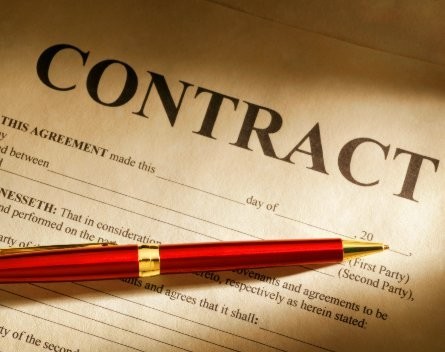 No matter how you and your co-founder say you feel about each other, the reality can only be found when words come to actions.

Many things can happen: one of you may leave while keeping the equity, the skills and the motivation for work may not be what you thought or some people might over-deliver while others underperform.

That’s what co-founder agreements are for. These contracts stipulate your roles and responsibilities and penalties for not delivering. It’s not a paper to fire your co-founder and a friend – it is a document that ensures you won’t have to waste your energy worrying about anyone else other than you.

In the dataset of 10,000 founders analysed by HBS Professor Noam Wasserman, 73% of founding teams split the equity within a month of founding. That’s a striking number given the big uncertainties in the early life of a startup.

It’s not only the personality thing – just as the direction of a startup can change, vision and opinions change too. So how are you going resolve deadlock situations?

There are many situations that may arise and cause conflicts. Make sure that you thoroughly and openly discuss all possibilities before you start.

Be as open and direct as possible, at the end of the day everything is at stake: your company, your money, the time of your life and even your friendship.

While a founder agreement may not make your business successful, it can certainly save you from failure. So don’t limit yourself to the boundaries of some template you found online.

Talk openly about whatever issues each of you believes should be on the table.  And most importantly, leave no stone unturned.

Here’s a couple of case studies that show why co-founder agreements are vital.

When Robin Chase and her co-founder, Antje, started Zipcar, they shook hands and divided equity 50/50. Robin had a family, took a big risk and left her job. Antje never joined the company full-time.

But, the stake was divided and no matter how much Robin worked, she would still only get 50% while giving Antje a comfortable ride. Here’s what she said about it:

“That was a really stupid handshake, because who knows what skillsets and what milestones and what achievements are going to be valuable as you move ahead. That first handshake caused a huge amount of angst over the next year and a half.”

If you watched the classic startup documentary Startup.com, you might recall there were three co-founders at govWorks.com. Two of them, Kaleil and Tom, worked their asses off while the other one, Chieh, never joined their company full-time. He kept his full-time job and worked “after hours”. It seemed, however that nobody knew what he was actually doing.

When the startup got their first venture capital investor, the VC required Tom and Kaleil to buy Chieh out, subject to investing. But he suddenly demanded $800k for ‘five months’ of his after-hours work.

Kaleil and Tom ended up settling with Chieh for $700,000, making up the $290,000 out of their own pockets. GovWorks.com hit the bricks soon after, due to several disputes between Kaleil and Tom, who were also best friends.

In some parts of the movie, you can see Kaleil saying one thing to the team and then Tom completely negating what Kaleil said. The same thing happened when the two talked to their investors. That’s not the best way to present yourself when raising funds.

This entire situation resulted in the firing of Tom followed by company turmoil and a drop from 200 employees down to 50.

The moral of the story is to sign a co-founder agreement. Stuff like that doesn’t happen if you have a proper contract with a vesting provision. That means no-one gets the shares unless they deliver what you agreed on.

In both of the examples above, the co-founders were friends, yet it still happened. Just because you get along in private life well, it doesn’t mean the same dynamic works in different social conditions. And startups can be quite extreme, bringing out personality aspects you didn’t know of.

Mark McDonald is the co-founder and co-CEO Appster, a leading mobile app and product development company with offices in Melbourne and San Francisco. This piece was originally published on the Appster blog.