Why Zomato paid $60 million for Urbanspoon and what it means for your business: founder Deepinder Goyal tells 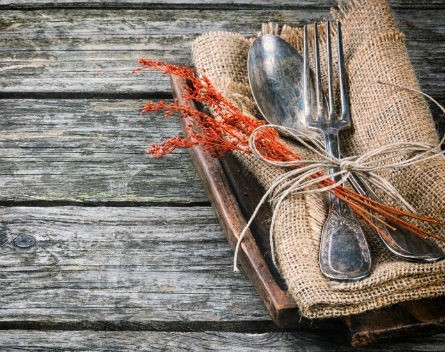 Zomato’s acquisition of restaurant and café directory Urbanspoon for $60 million is set to have big implications for Australia’s hospitality industry.

Global restaurant search app Zomato announced yesterday it had acquired Urbanspoon for between $US50 and $US60 million ($61.4 to $73.7 million).

The all-cash deal marks Zomato’s entry into Australia, with Urbanspoon users and content to be migrated across to a new platform.

The move will see Zomato hire around 300 people in Australia “in the very short term” with an investment of $10 million planned over the coming year to consolidate its market leadership position.

Zomato’s core content features include scanned menus and photos sourced by its own team, the ability for users to create their own network of foodies for personalised recommendations as well as the user rating and review system for restaurants already utilised by Urbanspoon.

The deal extends Zomato’s presence to 22 countries across the world and increases its restaurant coverage to more than 1 million worldwide.

Traffic is expected to double to 80 million visits per month.

Deepinder Goyal, founder and chief executive of Zomato, told SmartCompany he was interested in Urbanspoon as Zomato had been looking to enter the US, Australian and Canadian markets for a longperiod of time.

“We found the opportunity was quite good, the geography complemented what Zomato was doing and it made perfect sense for us to go there,” he says.

Goyal says the deal only took six weeks to pull together from the first phone call.

“We will be making the product better using the best of Urbanspoon and the best of Zomato,” he says.

“We will have people in every city working on content, collecting and updating restaurant information, collecting menu cards and collecting pictures,” he says.

“The sales team goes out meets restaurant owners and sells them ad space on the website that is the business. ”

Goyal says Zomato is careful to ensure it minimises the inherent conflict in selling advertisments to businesses which are being reviewed anonymously on the site.

“Our salespeople are not even allowed to talk about reviews or ratings,” he says.

“If someone says ‘I got a bad review can you do something about it? The sales people can only say no. So far in all the countries we have been in we have been able to do a very good job.”

Goyal acknowledged Urbanspoon has attracted criticism in Australia over fake reviews including one instance of a café which attracted negative reviews before it even opened.

“A local presence solves a lot of those problems,” he says.

“Urbanspoon does not have a single employee in Australia, so a local team will be able to look at a lot of these problems.”

“Current turnover doesn’t matter to us as it comes from network ads, our new revenue line is direct ad sales,” he says.

Four years from now our target is $75 million a year in turnover from the Australian business.

The deal marks Zomato’s sixth acquisition in the last six months, and the biggest one to date.

“We are talking to a couple of players in South East Asia and in Europe as well but it is too early to say how these discussions have gone,” he says.