Wotif to be bought by Expedia in a $700m deal 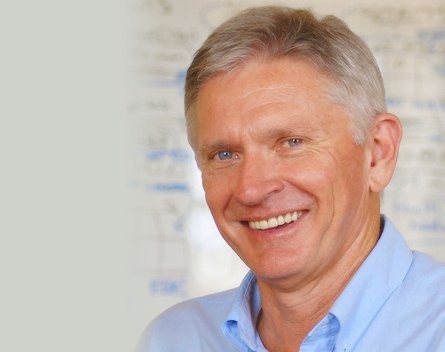 Under the deal, Expedia Group will pay $3.06 per share to acquire all Wotif.com Holdings shares and shareholders will also receive a special dividend of 24 cents per security.

The total $3.30 payment is a 31% premium on the average trading price for Wotif.com shares over the past five days and the company has recommended shareholders accept the offer.

In a conference call with analysts and investors managing director and chief executive officer of Wotif Group Scott Blume says  “a number of parties” expressed interested in purchasing the company, but he was unable to say who or how many due to non-disclosure agreements.

Blume says while he would never want to prejudge the opinions of the Australian Competition and Consumer Commission, both Expedia and Wotif are confident they could demonstrate the acquisition will not result in a substantial reduction of competition in the markets Wotif operates in.

He says the company recently found itself at a crossroads and “the reality is our industry is consolidating rapidly”.

Blume didn’t rule out the budget having an impact on the company’s booking numbers, which have been falling recently.

“I would say because of some of the challenges we didn’t see a further deterioration, but we didn’t see a pickup either, that we might liked to have seen in that last quarter,” he says

Blume says the company would need to invest heavily in order to grow and while the board acknowledges the company has made “enormous strides” recently “there is no doubt some risk and uncertainty going forward”.

“We’ve been working very hard in that technology (space),” he says.

“But whilst we’re in the middle of that, some of our global competitors have been more active in our markets.

“Ultimately in the end the big question was how do we maximise value for the shareholders.

“I think we’ve come to a fantastic outcome for those shareholders.”

Blume says what Expedia does with Wotif’s brands will be determined over the next three months though he suspects they will continue to invest in them.

In a statement on the deal, Dara Khosrowshahi, president and chief executive officer, Expedia, Inc. says Wotif Group is well positioned in the Asia-Pacific region with a portfolio of leading travel brands.

“This acquisition will allow both companies to continue driving growth opportunities by leveraging the unique strengths each brings to the table,” he says.

“Wotif Group will add to our collection of travel’s most trusted brands and enhance our Asia-Pacific supply, while Expedia will expose Wotif Group’s customers to our extensive global supply and world-class technology.”

“We believe this will help solidify our position as the premier travel brand in Australia and New Zealand, grow our business across the Asia-Pacific region and increase our exposure and brand awareness to inbound international travellers.”

The completion of the acquisition is subject to approval by the shareholders of Wotif.com Holdings Limited and other customary closing conditions, including applicable regulatory approvals. Subject to receipt of such approvals, the transaction is expected to close during the fourth quarter of 2014.