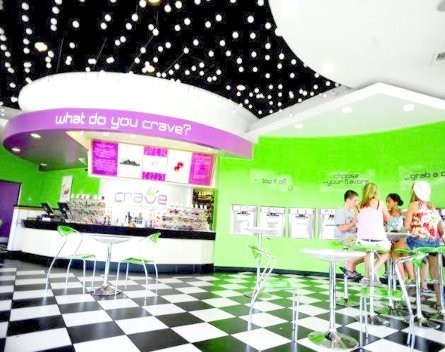 A new franchising opportunity has opened up in Australia for aspiring business owners with Crave Yoghurt, a frozen yoghurt franchise, exhibiting at the Franchising Expo for the first time this year.

The Australian franchisor Aleks Svetski told StartupSmart that Crave Yoghurt was a good fit for investor business owners rather than entrepreneurial types.

“When someone is trying to get into business, they need to know if it’s the right fit for their personality,” Svetski says.

“People who are getting into franchising are usually more the numbers-focused and managerial kind, and more focused on operations than your classic entrepreneurial type.”

Svetski says the low buy-in cost of under $250,000 and the honed business model offer a good opportunity for an investor owner who is keen to own multiple sites.

“We don’t want entrepreneurs working in the business. We don’t want someone to reinvent the wheel. I want someone who doesn’t necessarily want to be there, doesn’t care about yoghurt but wants a sharp business model they can turn a real profit from,” says Svetski.

Svetski has already sold six franchises along the east coast and expects at least 20 to be open by the end of the year.

“We haven’t even started focusing on Sydney,” he says.

After originally joking about bringing the brand to Australia after he noticed the customers did all the work at the self-serve fro-yo systems and still paid at the counter in San Francisco, he acquired the licence for Crave Yoghurt in Australia and New Zealand in February 2013.

A long negotiation period was due to Svetski’s determination to find an American owner who would allow him to customise the product to the Australian market.

“Australia is not as junky as America. Popular American flavours are very sugary, whereas here it’s about creamy flavours,” says Svetski.