How to prepare your startup for constant change 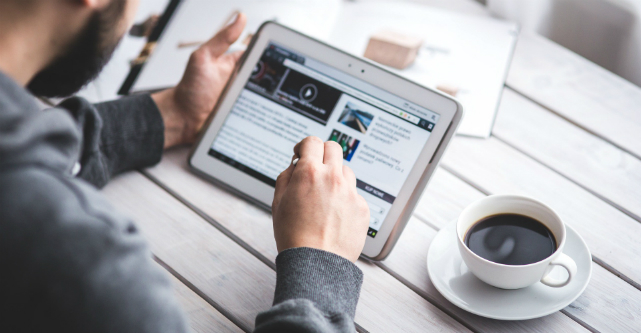 Businesses and ideas change. They change every day and in ways that you never would have imagined when you set out. It’s the nature of the beast.

There are few companies in the world who are even close to representing the idea they began with.

When I look at the companies we hold up as the best of the best, I can tell you, they originally started out as something almost completely different.

Today, Amazon is a massive provider of cloud infrastructure, powering some of the biggest innovations, products and ideas of our time. That’s a long way from being able to buy a few cheap paperbacks in a shitty 90s web browser.

The first iteration of Amazon worked, and if you read the Everything Store, an incredible book about their journey from Jeff Bezos’ imagination to being one of the biggest companies in the world, you’ll understand that even at the start, Bezos was imagining his company five years in the future. And he was operating under the assumption that they would be transformed inside of that five year timeline.

He knew his company would be a different beast, but he had no idea they’d end up offering AWS. And there’s a very distinct lesson there.

When you start a company, you have to go with the first idea, the first version that makes sense. But you also have to accept that the future is out there, and your company will have to change to meet it. In small ways, in big ways. Maybe in every way.

I believe that creatives and artists transform in five year cycles. If you look at artists like Joy Division, The Beatles, Miley Cyrus, The Clash and even Eminem, the five year cycle is there. It’s the time frame of total re-imagining that takes a legendary artist from one style, one album, one image, and one innovation, and turns them into a completely new — and completely revolutionary — creative.

I believe that businesses transform in five year cycles.

Apple certainly prove that. In roughly five year increments they’ve progressed from being the builders of shitty computers, in a line with way too many, to being kings of the digital music world, to being the creators of the iPhone, to selling the most successful smartwatch ever made.

If you look at this in terms of your own projects, or your own startup, it seems clear that a five year cycle is going to push you to transform in the same way. If you don’t transform because the needs of your consumers and customers have changed, or because the ideas that drive your business have changed, you’ll end up transforming because your competitors already have — and then you’re playing catch up.

So what does this look like for an entrepreneur or an artist who is at the start of their roadmap, the beginning of the journey?

Don’t be too bullish about what you do

You can’t be chopping and changing what you do every five minutes, running around like a five-year old in a candy store.

I know it’s called a pivot, but it’s still not a sustainable way to run a business. But to some extent, you have to maintain a certain level of flexibility. You have to be listening to your market and focusing on who you want your customers to become.

That’s going to change, over time. If you’re ready and able to meet that change, you’ll be in a better position than if you ignore it and hope it all goes away.

Keep a strong focus on R&D

I think the concept of research and development is largely misunderstood. We think it’s something that only major companies should be investing in, the kind of activity reserved for Apple, or for Microsoft, or other companies of that size and stature.

The truth is, every startup, every business, every digital agency or freelancer, needs to be investing a certain percentage of their time and their profits into building the next version of themselves, creating the next products, and anticipating what’s going to be big over the next few years. At its most basic, this could be a monthly workshop to analyse trends and identify possible new areas of business or development.

Or if you’ve got the cash, it could be implementing a team whose entire role is to continue researching and designing the future of your company. The purpose of R&D isn’t necessarily some sci-fi technological advancement — although that’d be pretty sweet — it’s to future-proof your business.

When you’re starting out, a five-year roadmap or cycle is going to seem ridiculous. I mean shit, you’re still struggling to scrape together the 1.0 of your first product, and it’s going to seem pretty strange to be trying to imagine where you’ll go and what your company will become down the line.

But the truth is, it’s never too early to be imagining, and working on the future.

You’re already starting to gather the data on what it could be, when you’re finding your initial customers and discovering what they do and don’t like. When you run a lean experiment, you’re not just testing your current hypothesis, you’re building the knowledge base that will guide your future.

Dr. Seuss said that only we can control our future. I’d listen to him. He was more of a visionary than I’ll ever be.