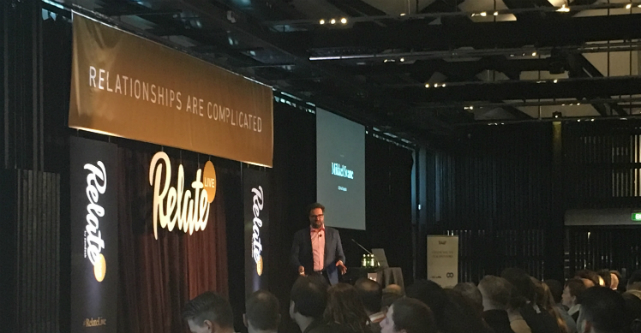 Rapid changes to technology and consumer behaviour are continually altering the way startups have to operate, Zendesk co-founder and CEO Mikkel Svane says.

For these businesses, happy customers are critical to their survival, he says.

“You all work one way or the other with customer service,” Svane says.

But what that actually means is changing.

For subscription-focused startups, the value of a customer over their lifetime and ensuring they have a great experience every time they interact with the brand is their bloodline, Svane says, with a customer potentially sticking around for six times longer if they have a satisfying experience.

“If you give your customers a bad experience, they’ll go elsewhere because it has never been easier,” he says.

But relationships with people aren’t easy, so being authentic, strategic and transparent is vital.

“Relationships are complicated, we know that from our personal lives,” Svane says.

“We are exposed to awkward, complicated relationships everywhere.

“In businesses, relationships are awkward too.”

But the danger for businesses is these relationships are now very public, Svane says.

“Things like the internet, things like social media have completely changed how we think about customer relationships,” he says.

Building strong and positive relationships with customers comes down to how they perceive every interaction with a brand, and Svane says more than 70% of customers who’ve had a bad experience will actively tell others not to use it while 62% who are highly satisfied will promote it to others.

“People like to tell all the worst stories,” he says.

He points to YourTaxis’ failed marketing campaign where it invited customers to share taxi stories, fueling a backlash of negative stories from dissatisfied users.

“As a business, we’re incredibly vulnerable to how our customers perceive us.”

With the power now in customers’ hands, founders must listen, design and provide an experience to customers that goes beyond the basic transaction.

The subscription model is fueled by customers who are given such great interactions at every point with the brand that they come back time and time again, Svane says.

“It’s about selling the product every week, every month,” he says.

“For all these businesses, it’s really about the life-time value, the long-term relationship.”

Looking at his own favourite brands, Svane says he has uncovered the secret to a successful subscription business.