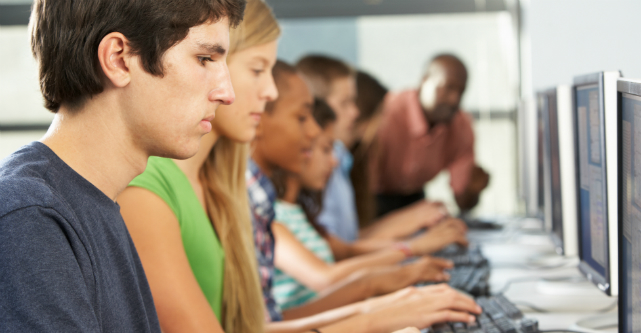 However business students who were also employed full or part time were willing to sacrifice less of their future income than other participants. Those employed made up more than 60% of participants (30% occupying management positions).

While it’s easy to sacrifice a non-existing salary, these results show how committed business students are when it comes to working for socially responsible companies. It also sends a strong signal to both business schools and potential employers.

As part of a UN initiative Principals for Responsible Management Education, we conduct a biannual global study on the attitudes of business students. The survey asks them about their values and personal responsibility; attitudes towards corporate social responsibility and the importance of working for responsible employers.

Participants were aged between 17 to 69 years, but more than half were in their 20s and 46% were females. More than 60% of the respondents were working either full time or part time and 30% occupied managerial positions.

Overall, it was more important for female students that their employers were ethical, sustainable and cared about their employees.

We defined corporate social responsibility in this study as business decision making that is linked to ethical values, compliance with legal requirements, and respect for people, communities, and the environment around the world. We then asked the students to indicate their level of agreement with 11 corporate social responsibility and ethics statements, from one (strongly disagree) to five (strongly agree).

Most students disagreed that “the most important concern for a firm is making a profit, even if it means bending or breaking the rules”.

In the 1980s and 1990s several studies showed that business students were more unethical and more corruptible than students in any other faculty. They tended to cheat more on exams and thought that it was okay to bend the rules to maximise profit.

The next decade, the 2000s, witnessed some of the greatest business scandals. From Enron in 2001, via Worldcom (2002) and AIG (2005) to the more recent Volkswagen diesel emissions scandal (2015), these business scandals brought people’s trust in corporations to a new low.

Fingers were pointed at business schools, by academics, business and the media, for being partially responsible for the lack of ethical business leadership.

As the president of Texas A&M University, Robert Gates, said in a speech in the aftermath of Enron’s collapse:

“All of these liars and cheats and thieves are graduates of our universities.”

Our survey results suggest that this might be changing. Business students who participated in our study demonstrated a set of values that could lead to higher levels of corporate social responsibility in the future.

The results of the third round of this international study send a clear message to both business schools and companies that want to attract business graduates.

The findings show that the best way to win the war for talent is by genuinely leading sustainable and responsible companies. These companies need to exhibit all aspects of responsibility and communicate this to potential employees.

People who will join businesses in the future, particularly females, hold very high expectations of them. There is a great opportunity to rise to the occasion.